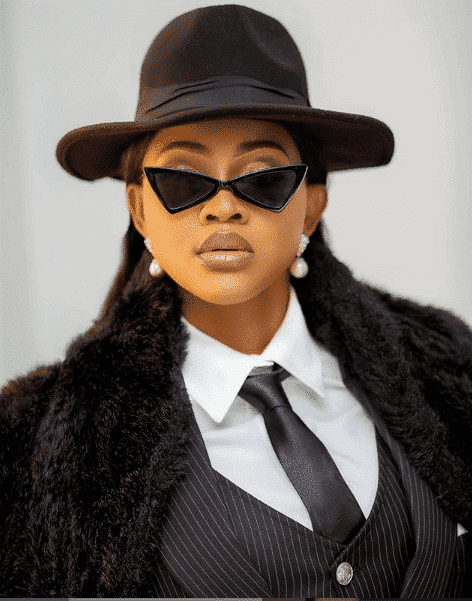 Have you ever thought of making magic by bringing the penguin look into every day with these fail-safe monochrome formulas. Well, Nollywood actress Mercy Aigbe has proved that dressing head-to-toe in the same colour is flattering and elegant.

Which of her styles is your favourite ?

Female students receive 24 strokes of cain from residents after dirty school fight in Surulere over a boy (photos, video)

A Kemi Filani News reporter at the scene gathered that the fight ensued within a twinkle of an eye as two friends attacked a classmate of theirs after the school's closing hours.

When their school principal was summoned to the scene, she revealed that one of...

Adama Traore has revealed how he avoided the gang violence in Barcelona to become a footballer who now plays for Wolves in England.

Traore found himself in Spain as a little boy after his father moved from Mali.

He joined the academy in Barcelona FC but was always aware of the gang violence in his neighbourhood.

He told AS: "Yes, a lot of times. Me, my brother, a Dominican friend, everyone. At that time, being part of a gang was something that made you popular.

"But we had a different mentality. We wanted to be footballers, not part of some gang. You saw fights almost every day and we didn't want to fight.

Singer Davido has stated that his daughter Hailey Adeleke is the child that looks like him because whenever he looks at her he sees himself.

Hailey is the daughter the singer has with his Atlanta baby mama Amanda.

To celebrate the little girl, Davido shared a picture of her which he captioned: "When I see you I see me".

Just a few days ago, Amanda took to social media to reveal plans to run away with her child and never come back.

This drew the attention of Davido's first baby mama, Sophie Momodu, who took to Instagram with a post advising single mothers who have daughters.