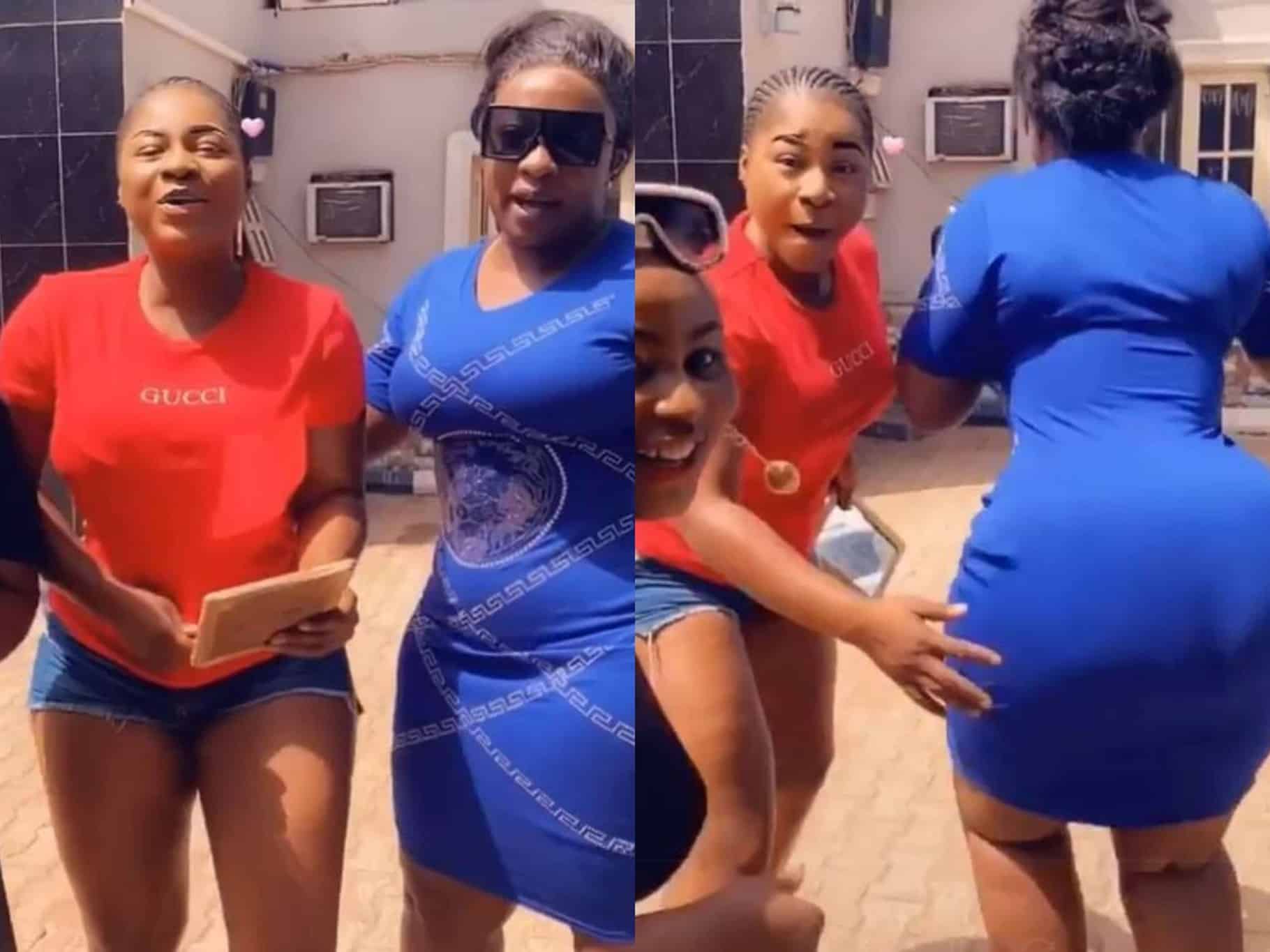 Actress Anita Joseph has broken the promise she made to stop twerking because she now has a husband.

The curvy actress who is also known for the videos she posts on Instagram showing her displaying seductive looks promised that she would no longer share such videos again.

Anita Joseph said: “I’ll miss my twerking videos. My husband does not like them. He once told me, ‘Your body is massive and you’re the most beautiful girl that I’ve ever seen. Please don’t twerk anymore. However, I twerk in the room these days.”

Barely 48 hours after making the promise, Anita Joseph took to Instagram with a video showing her twerking with actress Destiny Etiko. See the video below.

During the interview with Saturday Beats, Anita Joseph opened up on why she decided to get married on Valentine’s Day

'This woman lost her integrity already, and she is heartless' Anita Joseph under fire for celebrating Rita Edochie on her birthday

“We decided to get legally married on Valentine’s Day because we are in love with love. My husband gave me the liberty to choose the date because it is generally believed that the wedding is for the woman.

“I feel very happy to be off the single ladies’ market. Many people tried to discourage me from settling down with him but I handled it well because I’m used to Internet trolls and naysayers. I knew what people were going to say even before I started the relationship. So I was ready for them.

“All I can say is that I have a man that loves and understands me, so it has been easy for him to handle me since 2017. Even though I had many male admirers who were ready to do anything to have me, I stayed with him because I’m a one-man woman and he makes me happy.

'They said he's not my type, yet we got married' - Anita Joseph to those mocking her choice of husband

“He gave me everything I wanted in a man. I don’t care about any other person; I just love being with him.

“Don’t go about chasing shadows or money. If you keep waiting for a wealthy man, he may not come around. The billionaire may not even be who God wants you to be with. God may want you to start afresh with a man that you can grow with,” she said.

Abuja-based lawyer, Firsts Baba Isa has stated that the claim that a court in Abuja received over 4000 divorce application in this year alone is a lie from the pit of hell.

This was after @Sandraorokodo revealed on Twitter that, "4000 divorce applications in Abuja already and the year just started....