Below is a video showing Shatta Wale kneeling down to beg actress Fella Makafui to forgive her rapper boyfriend, Medikal.

Kemifilani reported that the crisis between the celebrities has been going on for days to the point that the actress chased her boyfriend away from her wine shop. She also told him to stop texting her. See HERE.

Without hesitation, Medikal tool to Twitter to beg for forgiveness.

“Hey, @fellamakafui_ since you haven’t blocked me on Twitter I know you will definitely see this! Listen, I love you, I want us to start a family together! People make mistakes! Nobody be perfect. Will prove to you and the whole world I will be a better man for you and our kids,” he wrote.

Tboss and daughter are all shades of beauty in breathtaking photos, causes stir on social media

Fella Makafui has now revealed that though Medikal may have done something to hurt, she’s not ready to replace him yet.

“Please can I replace Medikal” a fan identified as Lemi asked her.

She replied,”he [Medikal] is irreplaceable though“. 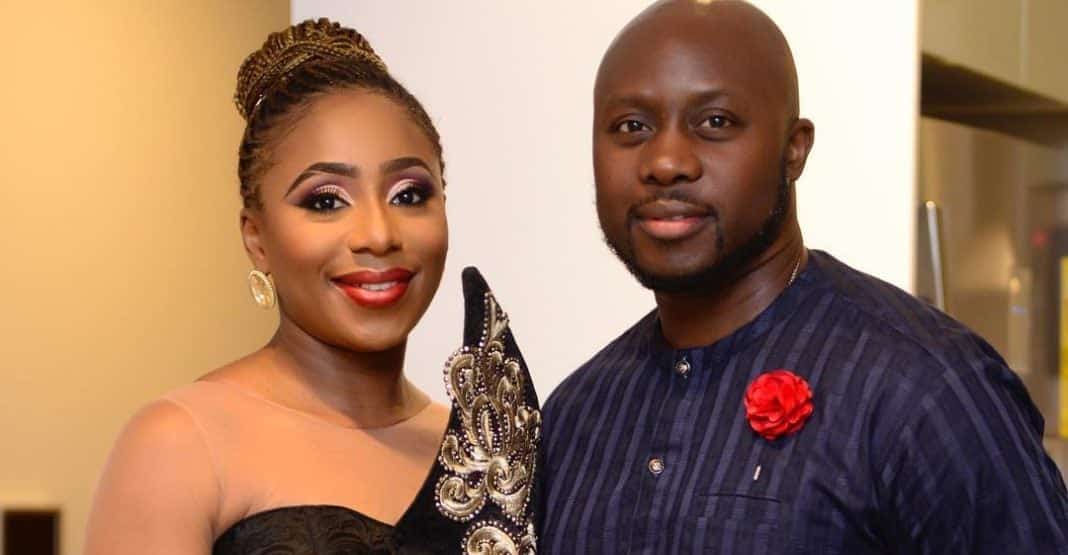 Even with the video she shared on Instagram to debunk the story of a crash in their 10-year-old marriage, critics still claim that all have fallen apart between Nollywood actress, Dakore Egbuson-Akande and her husband, Olumide Akande.

The beautiful actress, who, in reacting to reports that her marriage had crumbled, shared a video where their two daughters are dancing and their father (her husband) sits on the bed smiling at their activities. However, Dakore sits at the extreme end of the room watching.

Teni meets the Ooni of Ife and this happens…

Teni alongside her boss, Dr Dolor recently visited the monarch’s palace, and one of the highlights of the visit was when they talked about Wizkid.

You see, Teni and Wizkid have stirred much reactions on the streets of social media, as many wonder if they are in a romantic relationship.

The duo, in so many times show affection towards one another on their
handles, giving their fans Impression that they are dating.

Well, Teni has told the Ooni of Ife, Oba Adeyeye Adewusi that she and Wizkid are not in any relationship.

The “Billionaire” crooner replied by mentioning Wizkid’s name, after
which she declared that they are not dating but just “playing table
tennis game”

Gospel singer, Eben is excited about the 8 hours encounter his two sons recently had with Pastor Chris Oyakhilome who is the founder and president of LoveWorld Incorporated, also known as Christ Embassy.

Gushing about the encounter, Eben shared a photo from the meet with the caption " My young Kings are super-blessed to have a Big Daddy like my Dad PSt Chris !!!
Favoured,blessed ,protected,surrounded by Greatness!!!.. A father like non-other !!!
8 hours of counseling,coaching ,moulding and impartation 💥💥💥🔥🔥🔥.
This Jesus fire can never be quenched!!!
My kids have joined o!!! #jesusfamily

Gospel singer Eben is happily married to singer, Jahdiel and they are blessed with three kids!