A 25-year-old shoemaker, Olamide Babayemi, has been arrested for allegedly raping and attempting to kill a 22-year-old Microbiology graduate.
.
.
The suspect was arrested, following a report by the victim, who had gone to the Redeemed Camp police station and reported that she gave the sum of N18,000 to the shoemaker to buy a handset for her.
.
.
The Police Public Relations Officer in #OgunState, Abimbola Oyeyemi, said the victim explained further that the shoemaker, who refused to either buy the handset or refund her money, suddenly called her on January 2 to come to Greenland Estate in Mowe and collect the phone.
.
.
“The victim said on getting there, the suspect forcefully removed all her clothes and raped her.
.
.
After forcefully having carnal knowledge of her, Babayemi soaked her clothes in water and used his phone to record her naked video, which he started sending to some of his friends.
.
.
When he realized that the victim might report him to the police, he made an attempt to snuff life out of her but she was lucky when her mother called him on phone to come and meet her at the gate of the Estate, which gave her the opportunity to escape.”
.
.
On interrogation, the suspect, who claimed to be the victim’s boyfriend, confessed committing the crime, but blamed the girl for calling it quits with her after she graduated from the university.
.
.
When asked for the reason behind the recording the lady’s nakedness, he said he did that so as to prevent her from reporting him to the police. – #regrann

Iyanuoluwa Sunkanmi is a mechanical engineering graduate from Federal University of Technology, Akure, Ondo State, Nigeria. Iyanuoluwa Sunkanmi is an entertainment author on Kemi Filani News. Writing is something I enjoy doing alongside my Engineering tasks for the day!. You can reach Iyanu Oluwasunkanmi - Email: [email protected] Tel:+2347061000090 Address: 68 Ikeja, Lagos, Nigeria

How one of Dakore Akande's friends leaked her marital crisis to the press...Nigerian celebrities react

Grieving Man narrates how he mistakenly killed his daughter

Fans give reason why actress Yvonne Jegede will go to hell

Ben Murray-Bruce reveals the three women responsible for his success in life! (Photos) 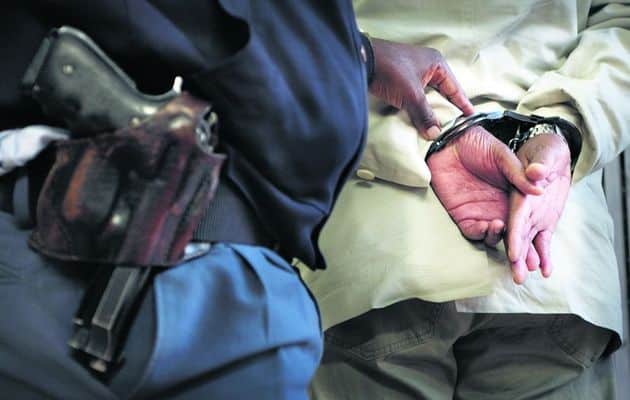