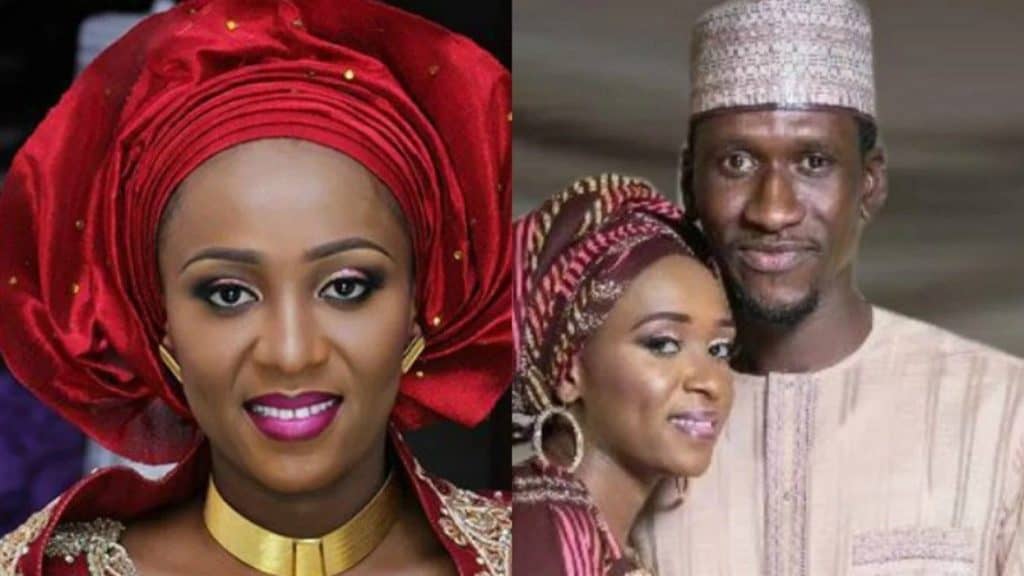 A former classmate of Maryam Sanda who was sentenced to death for kling her husband has spoken up about what she is to be like back in school.

See tweets in the screenshots below.

Meanwhile, Actress Tayo Sobola has reacted to the High Court ruling which sentenced Maryam Sanda to death for killing her husband Bilyaminu Bello.

Taking to Instagram, Tayo Sobola advised that no matter how a man or woman pushes one into anger, one should never allow it lead to certain consequences.

According to her, Maryam Sanda’s anger has led her to the path she is now.

She wrote: “This photo potrays my current inner feeling.
Life!!! Anger is an active emotion that calls the person feeling it to respond/react. But the question now is this : How well can Anger be managed/controlled?
I watched Maryam Sanda sentenced to death today for killing her husband in 2017 and i travelled without leaving the spot i was. I couldn’t reach the exact words to say. All i felt within me was pain. How can a fellow woman die by hanging? But the truth still remains that she killed her husband. Whether by mistake or not, She allowed anger take over her emotions. Anything would have caused it. Some men will push you till the extent of killing someone/ them . Same way some women will overdo things, take laws on their hands and make things worse. But the fact still remains that some things can be avoided . Too many stories popping up everyday, everywhere on how men kill women, girls kill boys as a result of infidelity. Please and please lets always try to walk away from things that can put us in trouble or cut our lives short. Anything can happen under a second, some people are born to frustrate people to commit crime and some cant even control themselves nor manage themselves. Not all Men /women who walk away from arguments are cowards, people are different. Remember: Learn to ignore/ avoid people who you think are frustrating or abusive it helps!! Stay away from fight; that person you have in mind to give a SLAP on his/her next provocative words to you might be living his/her last day on earth the day you choose to strike. Please and please lets all learn to manage ourselves. Thank you”.