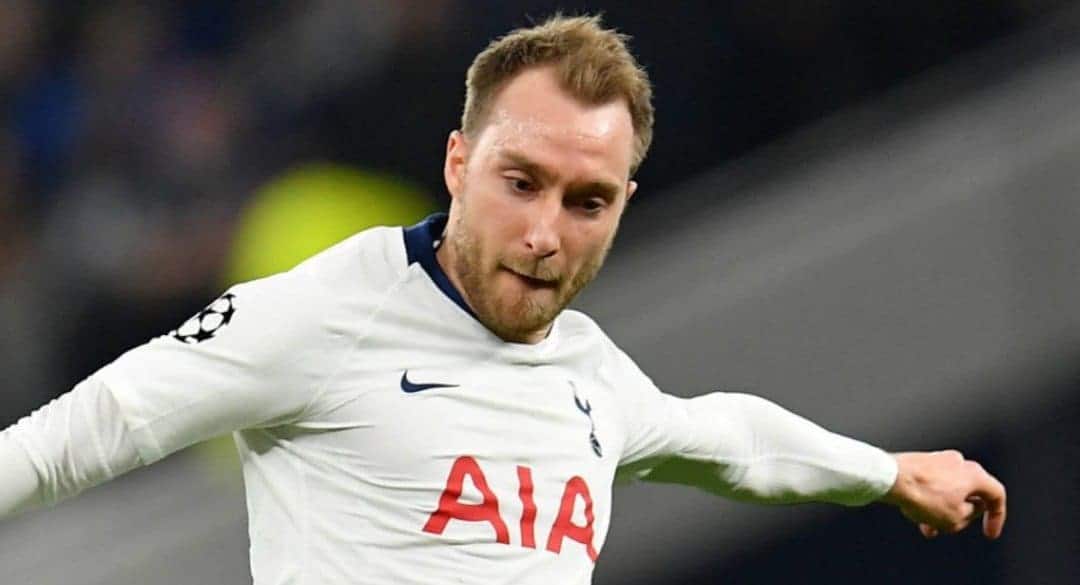 Christian Eriksen has made his first statement since he completed a move from Tottenham Hotspur to Inter Milan.

The Denmark International joined the Italian Serie A side which recently recruited the services of former English Premier League stars like Alexis Sanchez, Romelu Lukaku, Ashley Young and Victor Moses who joined on loan from Chelsea last week.

Revealing how it feels to join Inter Milan, Eriksen said:

“I couldn’t wait to join, it’s wonderful to be here and I’m happy to be a new Inter player,” Erisken was quoted by Inter Milan’s official website as saying.

“I’m very excited and can’t wait to introduce myself to the fans. I’ve already experienced their warmth, it’s been a fantastic welcome. I feel great.

“I’m not really someone who places great importance on statistics but I know that there are people who like talking about this. The numbers say that I did really well in England.

“ It’s now time to start a new challenge, I’m really happy to have the opportunity to play in Serie A for a big team. Inter is a fantastic Club.”

The 27-year-old added: “I was able to get to know him when I was at Tottenham, we came up against his Chelsea side and it was very difficult. I’m excited to learn more about him and how his sides play.”

Ghanaian singer, Stephanie Benson has revealed that she prefers a husband who masturbates than the one who cheats.

Portuguese football legend, Luis Figo has been accused of plagiarizing the condolence message to Kobe Bryant written by Cristiano Ronaldo his compatriot.

Ronaldo yesterday joined tonnes of stars world-wide in mourning the death of Kobe Bryant and his daughter who died in a helicopter crash on Sunday Morning.

He wrote on Twitter: 'So sad to hear the heartbreaking news of the deaths of Kobe and his daughter Gianna. Kobe was a true legend and inspiration to so many. Sending my condolences to his famly and friends and the families of all who lost their lives in the crash. RIP Legend.'

His tweet has now been seen as the exact same thing shared by Luis Figo who tweeted later than him.