This beautiful bride Ehi who is set to marry the love of her life next week reveals how he broke her heart and she thought she could never forgive him. We guess time heals as they truly say.

Read their beautiful love story and be amazed.

How we met by the bride Ehi:

“One fateful day in March 2016, A friend convinced me to attend a seminar. I was reluctant to go because I was not feeling well. Eventually, I went for the seminar.

I was so tired and weak but tried to stay active by surfing the web on my phone. Suddenly, I heard someone speak, I had to put my phone down because I was in awe at how fluent and articulate the person was. He made a call for people who would want to join a marketing team. I indicated my interest.

Few days later, He decided to do a follow up on everyone who signed on to be part of the marketing team, I received a text message from him, and sent a reply. He then called me, and we spoke for hours on the phone, sadly I was leaving the state in a couple of days.

Our relationship came to an end the next year due to a misunderstanding we had. He broke my heart and I was deeply hurt because I thought we could survive anything.

I moved on completely, barred his calls and blocked him on social media so he could never contact me again before that I had warned him never to call me again. We did not speak to each other for a year.

In the beginning of 2018, a friend asked me about my previous relationship, I told her everything that had happened. She then told me to reach out to him. I gave up on the idea because I could even bring myself to forgive him.

Days passed, I saw his number on a book I kept a long time ago. I saved his contact on my phone and decided I would send a text message to wish him a happy new year. I did that, and immediately, he called back and we got talking again. I had no plans for us to get back together and along the and along the way, I truly forgave him. We sorted out the misunderstanding we had and moved on as friends.

In 2019, He paid me a surprise visit and popped the question, and after a lot of crying I said YES!
I said YES, the man of my dreams and I cannot wait to be his wife.”
.
Event planned by @kaysperfect_events
Bride @eh_ya_ge
Groom @Mo_adinfono
Makeup @revy_signatures
Brides Outfit @cedarplanet_ clothing

Ronaldo saddened by Kobe Bryant’s death, says he was a true legend

Juventus player, Cristiano Ronaldo has reacted to the news of the death of former LA Lakers basketball player, Kobe Bryant.

Kobe died in a helicopter crash in the Calabasas area which also killed his daughter, Gianna.

Authorities say all the five occupants kf rhe helicopter which burst into flames on crashing all died.

The sad news has now drawn reaction from Ronaldo who wrote:

"So sad to hear the heartbreaking news of the deaths of Kobe and his daughter Gianna. Kobe was a true legend and inspiration to so many. Sending my condolences to his family and friends and the families of all who lost their lives in the crash. RIP Legend".

Daddy Freeze, Do2dtun, others speak on OAPs being owed salaries

Nigerian OAPs have reacted to the news of some of their colleagues who were allegedly fired from Soundcity FM and Urban FM.

The fired OAPs had staged a protest against being owed months of salaries, a thing that angered their employees. To make an example of them, three of them were singled out and fired.

Social Media users reacted to the news by pouring out their anger against the treatment they perceive OAPs face in the industry.

However, some OAPs who are having it good have taken to Twitter to lay their minds bare on the issue.

OAP Gbemi O wrote: "I’ve never been owed salary . Can’t imagine what that is like". 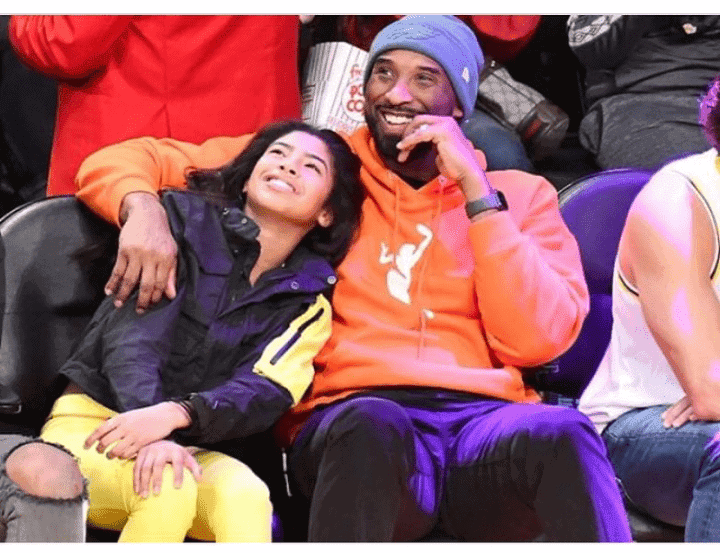 The ugly incident took place today, Sunday, January 26, and also claimed the life of his daughter 13 year old and two others.

According to TMZ, the 41-year-old was among at least four people traveling in his private helicopter over Calabasas when a fire broke out, sending the chopper spiraling from the sky.

Nigerian celebrities and others across the world are already mourning the demise of the great basketball legend.

Bryant played for two decades with the Los...