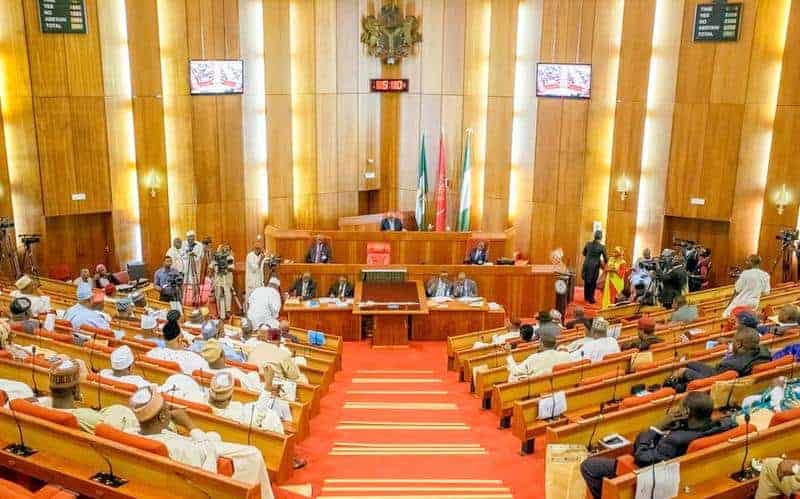 The Nigerian Senate has urged Federal and state governments to declare state of emergency on the rising cases of unemployment in the country. .
.
The Senate also asked the federal government to initiate a sustainable unemployment fund to pay stipends to Nigerians who could not secure employment. .
.
This was part of the senate resolutions after consideration of motion sponsored by former Deputy Senate President, Ike Ekweremadu, titled “Escalating rate of unemployment in the country”. .
.
Leading his debate, senator Ekweremadu lamented that the large number of graduates from higher institutions of learning in the country yearly without jobs was a “time bomb waiting to explode”. .
.
The lawmaker, who quoted Minister of labour and productivity, Chris Ngige that unemployment rate will reach 33.5% by 2020, said it was dangerous to the country’s existence. .
.
“Any nation with such number of unemployed but employable youths is only sitting on a keg of gun powder. The most pressing demand on the hand of every legislator and public officer is the rising number of curriculum vitae and application for employment from constituent Nigerians. .
.
A situation where every school graduate has to queue up for job only in government offices is an indication of the breakdown of private sector which is the major driver of world economies. .
.
Unemployment is one of the major reasons why insurgency, kidnapping, armed robbery, Cybercrimes and other vices are on the increase. .
.
These energies and potential talents that are lying idle and wasting away are usually misdirected toward many unprofitable and harmful ventures and lifestyles,” he said.

Tears as Nigerian footballer, Martins dies after colliding with another footballer on the pitch

Garba Shehu, a Senior Special Adviser to the president, has reacted to a Punch editorial which revealed that it would henceforth refer to President Buhari as Major General.

The National Daily made this known as a form of protest over the state of lawlessness witnessed in the administration of President Buhari.