The minister of agriculture and rural development, Sabo Nanono has stated that the Federal Government is not breaching the free trade agreement in West Africa region by its border closure.

Speaking in Abuja, the minister stated that the border closure is aimed at putting a stop to nefarious activities.

“Free trade does not mean Nigeria has to be a dumping ground for everything imported by others. These products are not even from all these countries involved. So, why should they be feasting on us?

“Besides, most of the people that come into this country and melt into the population from the West African su-region come in because this country is accommodating them. This happens to the extent that some of these people, when they migrate into this country, you do not even know that they are immigrants.

“Take for example, people from Niger Republic when they come into Kano State, what will differentiate them from the people from Kano, or those from Benin Republic who come into Oyo State or Osun. They look like us.

“This situation creates a problem, and the border closure is a measure that has gone a long way in solving the problem,’’ Nanono said.

What will happen to corruption and corrupt individuals in 2020 - Magu 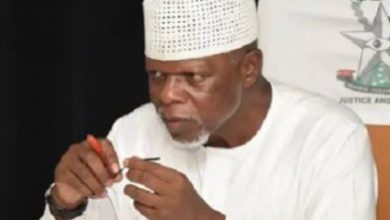 Border closure is aimed at growing the economy – Customs boss