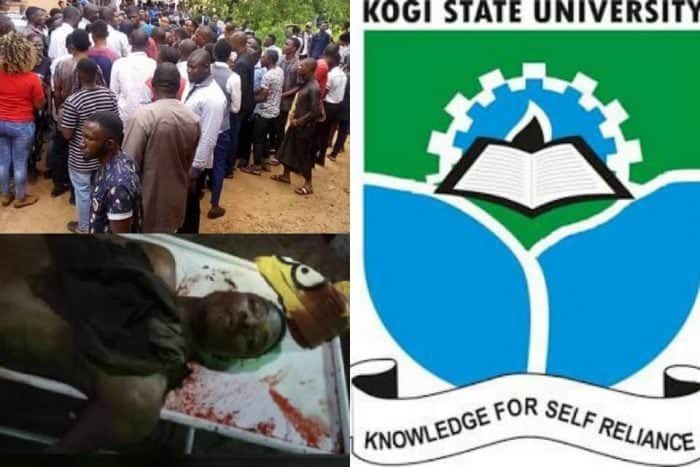 Many have been feared dead after a massive killing in Kogi State University, KSU, by cult groups on Monday.

The management of the institution are yet to react to the killings, but PM News reports that some students of the school have been venting their anger over the inability of the school’s authority to handle the issue and bring the cultists to book.

Twitter is littered with various reports by students of the institution calling for prayers over massive cult killings in KSU.

A student of the school who goes by the name, Labzy Usuff on Twitter said “They’ve been continuous killings in Kogi state University yet the management did not do anything about it.”

Another student, who simply preferred to be called by the name, Chemical Boy, lamented that that on November 1, a student was shot dead, the same day a student of the University of Benin was shot dead by cultists.

Sources in the school alleged that 10 students were killed in one day by cultists with several students resorting to prayers and calling on the public to pray for the institution.

When contacted, Police Public Relations Officer, PPRO, Kogi State Police Command, DSP William Ovye Aya, said it could not be true that about 13 people have been killed in the school, but said he would confirm and get back to PM News.

He later called to confirm the clash, saying that five students were killed at the weekend by cultists, saying it happened in a separate attacks.

Aya said the it was cases of homicide and that the police were investigating the matter.

According to him, from the look of things, the attack was cult-related as the five students killed were butchered with machetes.