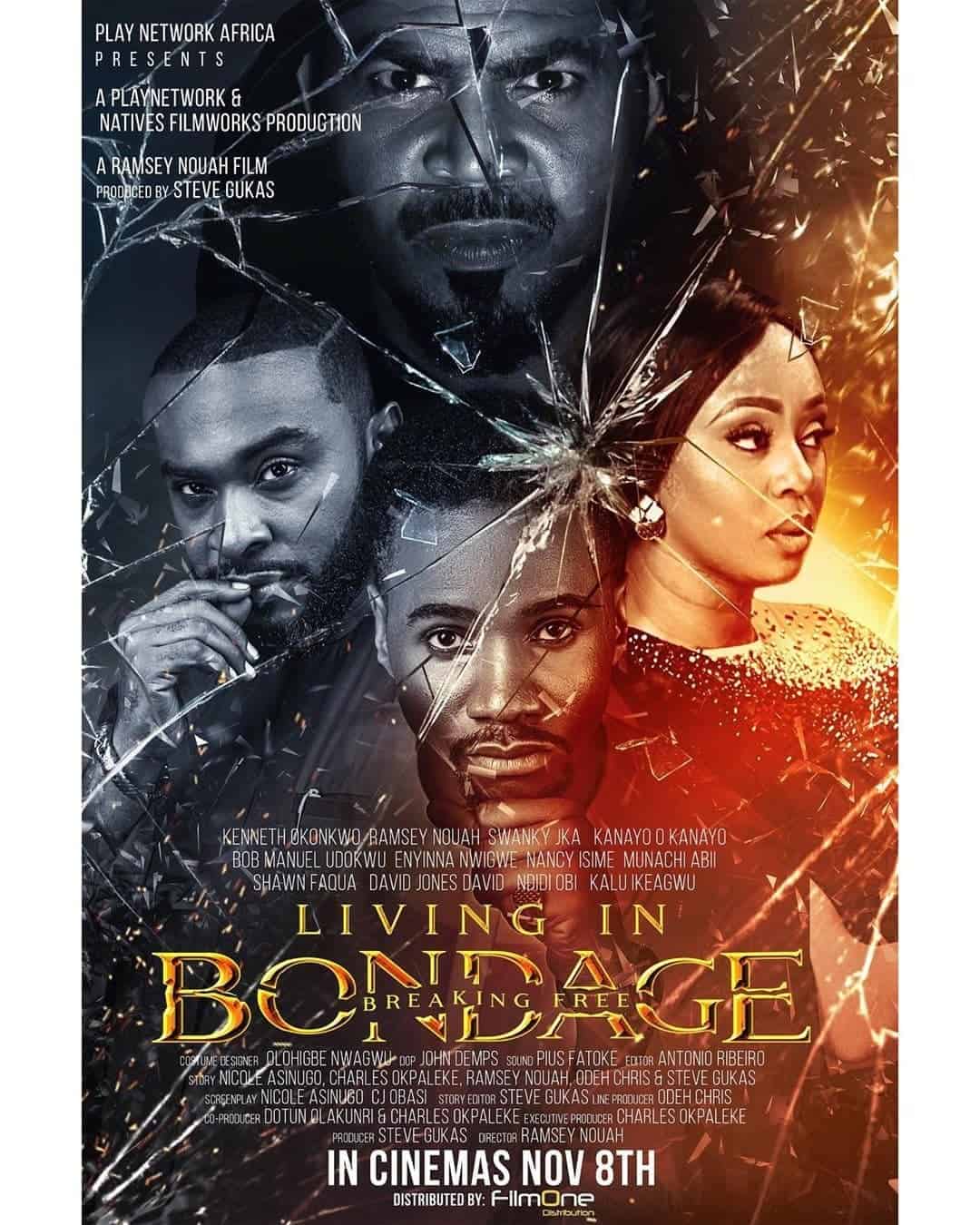 Again, today Friday, November 8, 27 years after the release of the first ‘Living in Bondage’ movie, the sequel Living in bondage – the sequel hits the cinemas.

Kemi Filani’s Ella Chioma was at the Cinema to see the movie and tell KFB fans the truth and nothing but the truth, about the much talked about movie.

First of all, it would be better to check YouTube for the part one and part two of the main movie, in order to fully understand and enjoy the sequel.

In the sequel, we saw the return of Kenneth Okonkwo as Andy Okeke and his mysterious son Nnamdi Okeke whose desire was to enjoy the good things of life, one that he would do whatever it took to realize. Nnamdi’s untamed quest for the quick buck, fast car, easy living, inevitably took him on a perilous journey that almost cost him his life and that of someone he loves so dearly.

Pictures and sound were perfect. The luxurious life of Ramsey Nouah was neatly portrayed, that a point, you would think you  are glued to Hollywood movies.

It has a good storyline that Nigerians can easily connect and relate to; quest for power, wealth, an all
Characterization, casting and dialogue was also on point.

Oh, did we forget to mention the role of Munachi Abii, the beauty queen, as a new actress, she won our hearts.

Living in Bondage sequel is a good continuation from the first one but it is best enjoyed if you’re Igbo or understand the Igbo language pretty well.

It promised so much, but barely delivers – Starts out blistering hot but ends at okay, because there’s a jarring Big Hole in the middle where it grows dull, numb and discordant – like pouring water on hot coal. And unfortunately, it doesn’t recover. Never getting its heat back, it closes at just “okay” (if it ends at all – sequel to the sequel loading).

READ
Charles Okpaleke opens up on what inspired him to make “Living In Bondage: Breaking Free”
SOURCE: