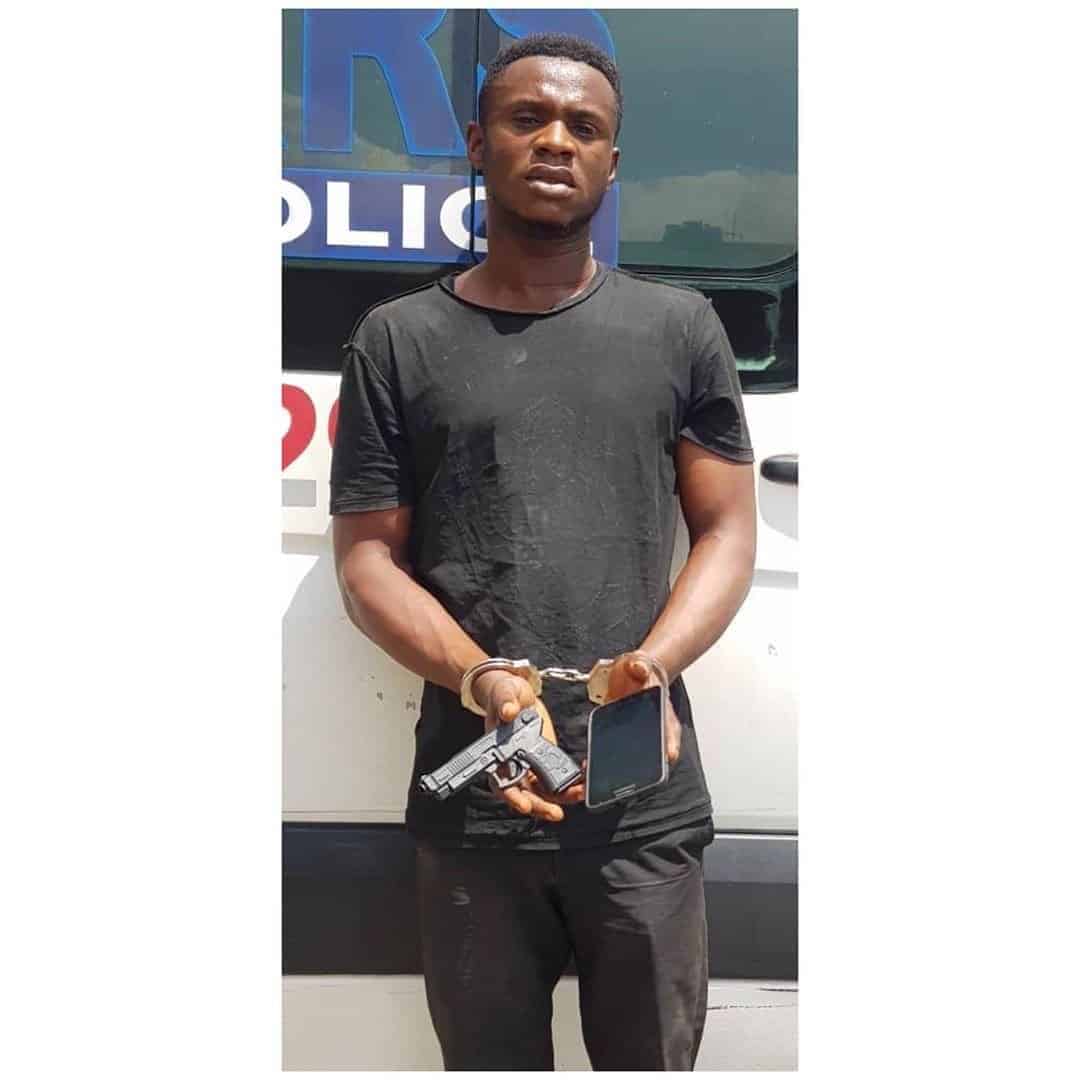 Nemesis has caught up a certain church protocol officer who is in the habit of luring church girls to hotels and taking their nude photographs.

It was gathered that after the takes the photos, he subsequently use them to blackmail his victims in exchange for money.

The suspect, Victor Duru, a Madonna University drop out, has since been arrested in Surulere on Thursday, after repeatedly blackmailing his church member and girlfriend.

READ
How fresh blood, names of top politicians were uncovered in a shrine (Photos)

Sources revealed that the suspect obtained the nude photographs of the victim with the assistance of a third party at gunpoint, while there is a growing suspicion that Duru also laced the drink of another girl with sleeping drug.

The suspect in his disclosure stated “she was my girlfriend. We are same church member. We have been dating for almost two years. We were having break up issues.
So, I invited her to an hotel in Ijeshatedo. I excused myself and invited my friend, Frank Obinna, to meet me in the hotel. Obinna and I had this planned together.
The gun was a toy gun. He entered the hotel room and held the lady at gun point. I told her to cooperate, naked her for Obinna to take her pictures. We took seven different shots of her in the nude with my phone. I discharged her that day. This was in September.

READ
Woman bites, uses hot knife to brutalize her 4-yr-old niece over a pot of soup

She promised to send something. She was a wonderful girl that had been assisting me before the problem started. On many occasions, she has assisted me financially.”