Senate President Ahmad Lawal has stated that those who elected lawmakers don’t know anything about the role of those whom they elected.

The Senate President made this known when he received a delegation from the Westminster Foundation for Democracy, United Kingdom, and local officials of Inter-Parliamentary Union in Abuja.

The meeting was a way of announcing the Young Parliamentary Forum (YPF) which comprises of National and State Assembly members below 45-years old.

Lawan said, “while we emphasise on those elected, I think democracy can only be deepened if there is participation from those who are not in office.

“Those of us who have been elected of course represent people, but we can do little really, if there is no participation in the governance process by those who elected us.

“Hardly ever are we understood on what our roles are by those who elected us. They think we are sometimes supposed to behave like the executive arm of government.

“There is need for those who are not elected to also be properly on board, while those of us elected should be checked just as we check the executive arm of government. “People should be interested in what we do.

“Those who elected us should continuously give advice and ask questions; and where there are questions, we should be able to provide explanations. This is very important.

“I will continue to advocate that we bring political education down to the primary school level. We shouldn’t be looking only at those already in office. What will make our democracy work for us is citizen participation,” the Senate president said.

Dubai based big boy, Mompha arrested in Nigeria by Interpol 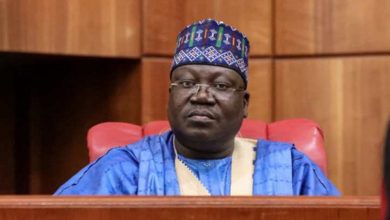