Following the peaceful #EndSars protest that resulted into multiple killings at the Lekki Toll Gate, the children of Nigerian policemen have started...
Read more
Home Movies Elevator Baby: The Wonders Toyin Abraham did with her pregnancy
Facebook
Twitter
Pinterest
WhatsApp 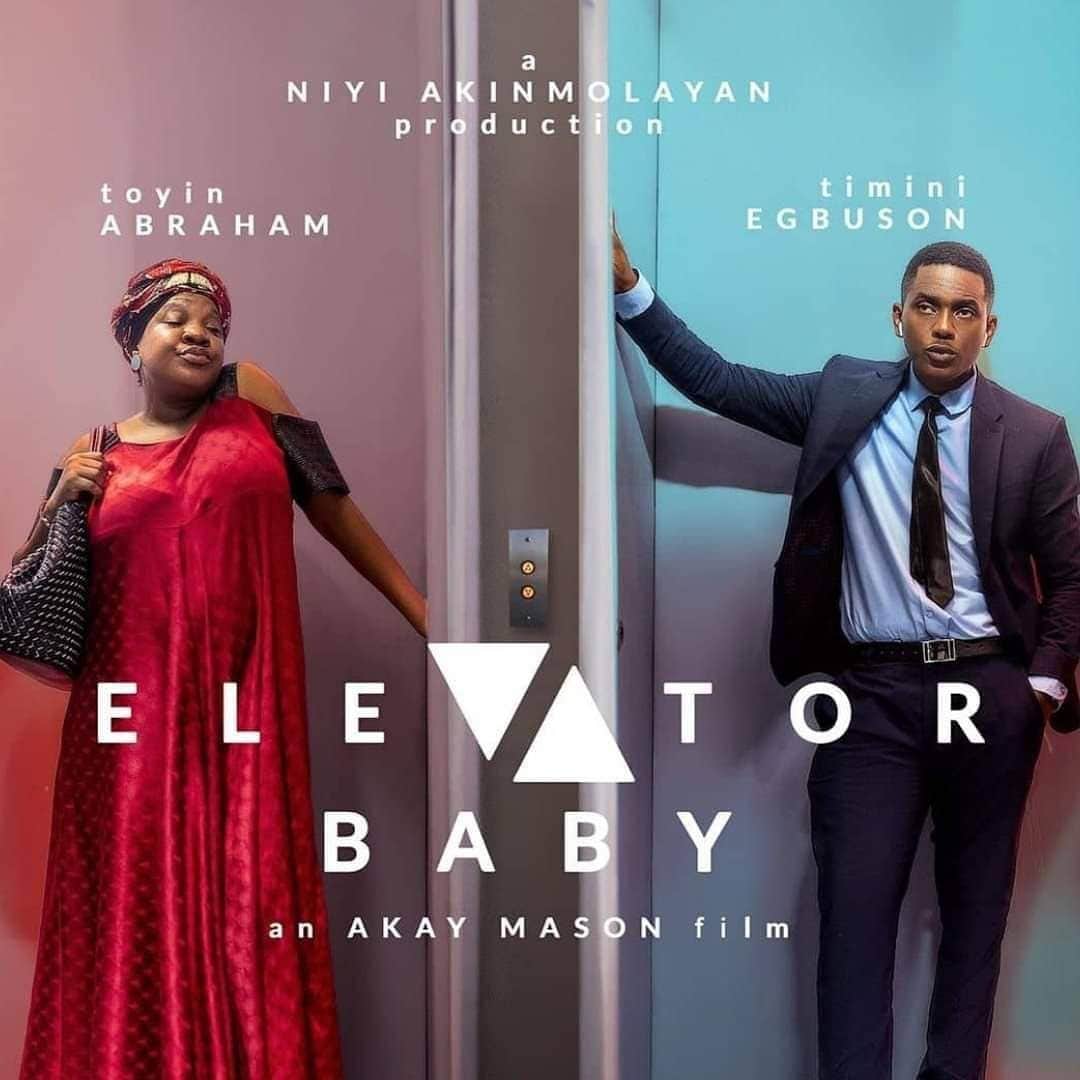 Elevator Baby is centered around Dare William, a privileged young man with a temper and his encounter with Abigail Kuforiji, a pregnant woman with a secret.

When both characters get stuck in a faulty elevator, Abigail is forced into an emergency labour, leaving Dare with no choice but to deliver the baby himself.

This movie is quite lovely, fun and lesson filled and to crown it all, Toyin Abraham was really pregnant while shooting the movie and still gave it her best shot.

She gave the movie the facelift it needed with her constant repetition of ‘My name is Abigail’, her Gbagaun English and facial expressions.

Dare Williams, played by Timini Egbuson, on his part portrayed a typical 21st generation young man who thinks the world should revolve around him, but be tamed himself after what Toyin Abraham put him through in the Elevator.

No unnecessary scenes, no overcrowded cast, just moderate yet keeps you glued to your seat till the end.

Kemi Filani fully recommends Elevator Baby. Yes, it it worth your 2k.

If you are Toyin Abraham fan, you can’t miss this movie.