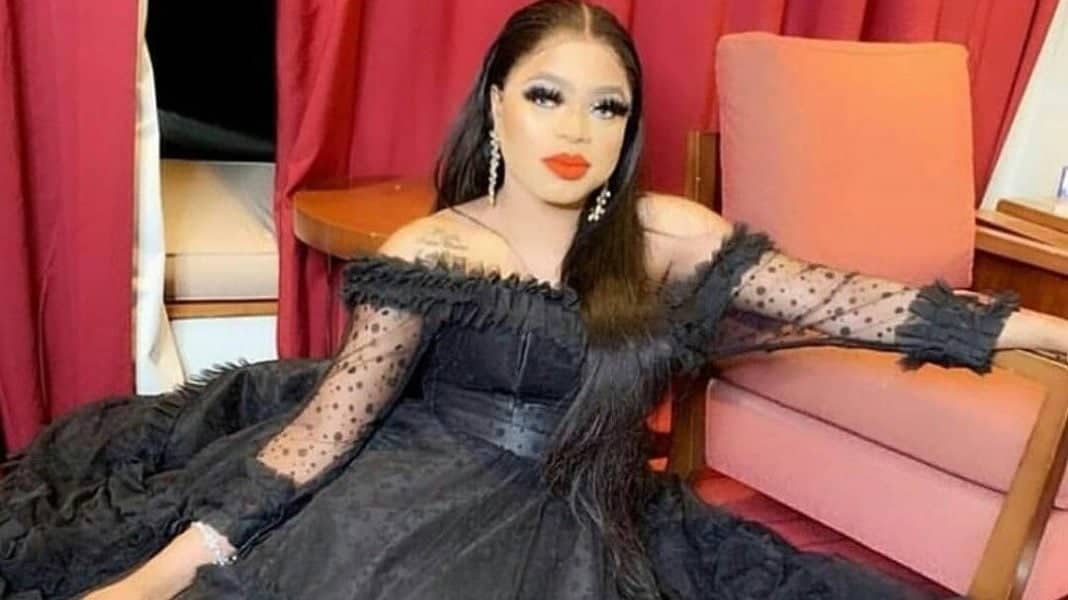 The Lagos State Police Command says it stormed the venue of the birthday party of popular cross-dresser, Bobrisky due to sensitive information it received.

The police spokesperson, Bala Elkana, said this during a brief interview with PUNCH on Saturday.

He said, “I can confirm that we sealed off the place based on credible information. That is all I will say for now until the operation is over.” Efforts by our correspondent to know the details of the information were abortive, as the police spokesperson declined to give details.

The police had stormed the venue of Bobrisky’s birthday party which was said to have been attended by some celebrities as well as cross-dressers and homosexuals.

Earlier in the week, the Director-General of the National Council for Arts and Culture, Otunba Olusegun Runsewe, threatened to go after Bobrisky and others like him, describing the cross-dresser as a disgrace to the nation.

The police had earlier in the year warned all homosexuals to flee the country or be dealt with in accordance to the Anti-Same Sex Marriage law which prescribes a 14-year jail term for all persons involved in a homosexual relationship.

Former Public Relations Officer of the Zone 2 Police Command, Mrs Dolapo Badmos, had said “If you are homosexually inclined, Nigeria is not a place for you. There is a law (Same-Sex Prohibition Act) here that criminalises homosexual clubs, associations, and organisations with penalties of up to 15 years in jail. “So, if you are a homosexual in nature, leave the country or face prosecution. But before you say, ‘does this matter?’ Kindly note that anything against the law of the land is criminal and all crimes will be punished accordingly no matter how small you think it is. .