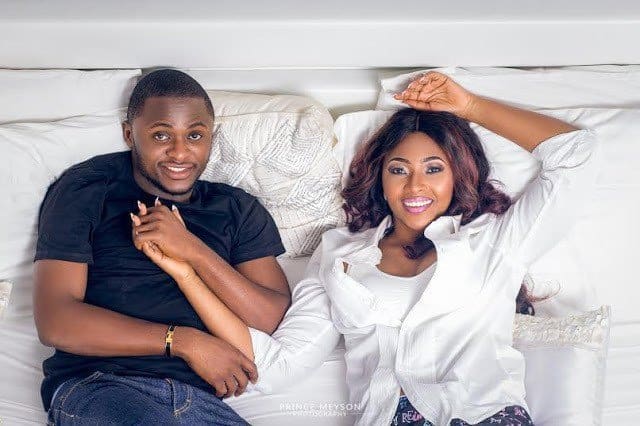 Actress Lilian Esoro has apparently described her estranged husband, Ubi Franklin, as a color blind man who couldn’t see the rainbow that she was.

Sharing a hot picture of herself, Lilian Esoro wrote:

”She was a rainbow, but he was color blind.
The Money Year
Give them Hot Hot”.

This is coming just a month after the divorce case between her and Ubi Franklin took a strange turn at the Ikeja High Court.

A judge at the court revealed that the reason for filing for divorce was not valid because Lilian Esoro had claimed that Ubi Franklin takes care of both her and their son and that they are friends.

A source who was at the court room during the divorce proceedings said:

The new single follows the colossal accomplishment of his past joint labeled "Baby" which is as yet slanting on radio and TV, 5 months after its release.

Bobrisky finally takes decision on what he’ll do with his N19million cake
Kevin Hart: Ben Bruce jets out of Nigeria to visit wounded American comedian (photos)
To Top