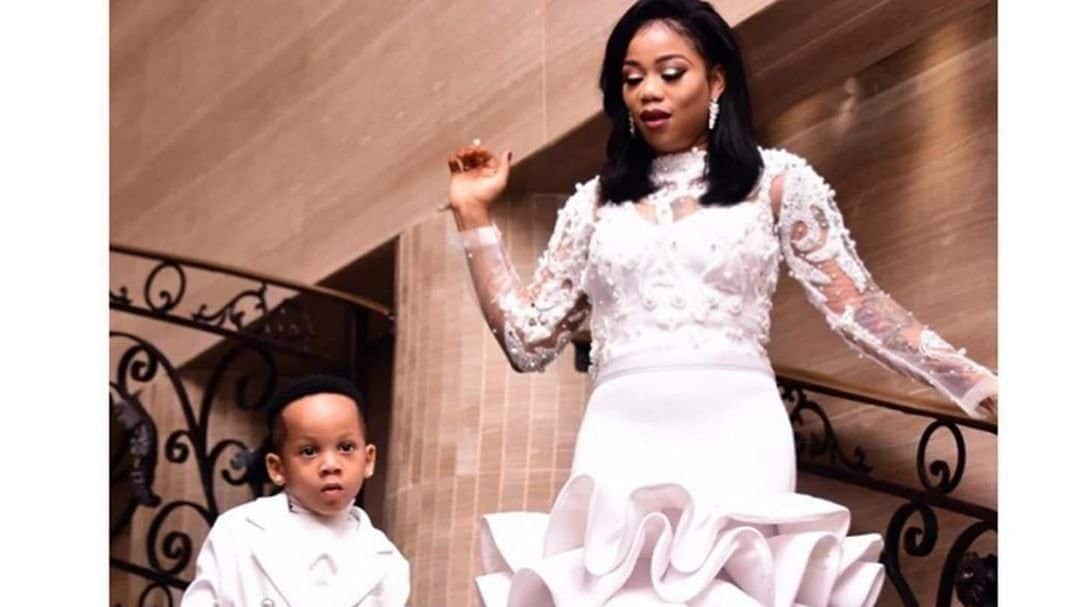 Celebrity stylist and owner of Tiannah’s Empire, Toyin Lawani, shocked her fans and followers on Instagram today, when she threatened to give her son knife to kill a troll who gave her a worthy piece of advice.

Toyin who is a mother of two; a boy and a girl, although from different fathers posted a video on her social media page where she having a bonding moment with her son.

During the bonding and interaction, Toyin asked her son, if he wants her to give birth to twins next, her 5 year old son, Lord Manie responded negatively.

She then proceeded to ask him the gender of the next baby he wants, Manie said he wants a girl, and not a boy.

Toyin proceeded to ask what would happen if she gives birth to a boy instead of a girl and Manie replied ‘I’ll kill it’.

This led to laughter while the mother repeatedly said ‘kill it…kill it’ amidst more laughter.

Well, this didn’t go down well with some of her followers who  were of the opinion that a mother should not encourage her kids to freely use the word kill.

See the drama that ensued below…

Court Grants Dammy Krane N500,000 Bail
Toyin Abraham Is A Failure…She Has No House, No Car, Her Many Lies—Lizzy Anjorin
To Top