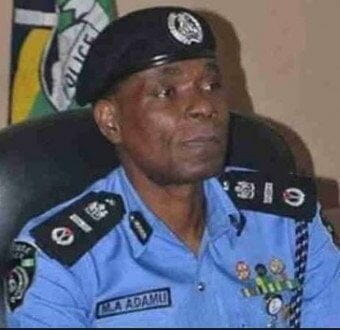 The Inspector-General of Police, IGP M.A Adamu, has reacted to reports that the Federal Capital Territory, Abuja, has been invaded by kidnappers.

In a statement issued on the official Twitter account of the Nigerian Police Force, Adamu revealed that Abuja is safe contrary to what has been reported.

The statement reads: “This assertion comes against the backdrop of recent speculations in some sections of the media, particularly the Social Media, of an upsurge in crime rate within and around the Federal Capital Territory (FCT), Abuja.

“Like other climes across the World, the country has its security challenges.

“A comprehensive analysis of crime statistics on major cities across the world would reveal that Abuja has one of the lowest crime rates and remains indisputably one of the safest capital cities in the world.

“I enjoin all law-abiding citizens and visitors alike to go about their lawful endeavours without any fear or apprehension.”

Throwback photo of Phyno when he was a nobody
More Trouble For Biodun Fatoyinbo As New Petition springs up against him, Pastor, Funke Adejumoke & Prophet SK Abiara
To Top