A video of the stolen Oba of Lagos staff found mysteriously kept in what seems like a vandalized office in an unconfirmed...
Read more
News

Nigerian on social media have reacted to differently to the mysterious camera found at the Lekki Toll Gate bt former Lagos state...
Read more
Home Entertainment Ethinosa reveals why Oyemykke is working as a houseboy to a white...
Facebook
Twitter
Pinterest
WhatsApp 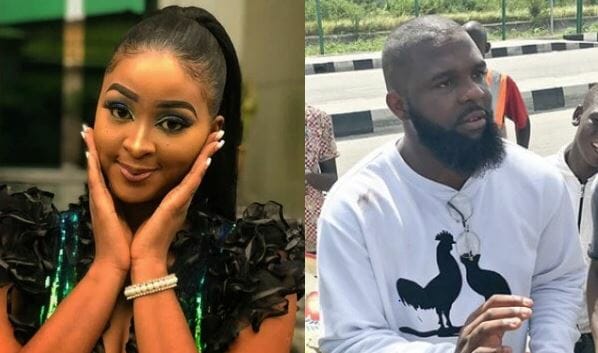 Actress Ethinosa Idemudia has fired another shot at social media influencer, Oyemykke, by stating that hes a houseboy in London.

It all started after Ethinosa stated that she can never date a man like Oyemykke because he talks too much.

Read more about the genesis of their beef Here.

In her new attack, Ethinosa stated that Oyemykke is a house boy to a white woman in London. According to her, he’s on the job just to get Green Card.

”Good morning oo Oyemyke has replied me. I just read it and all I could notice was, even when he’s typing he’s still shouting. I can see he’s looking for a platform to desperately blow I will not post him here. The jobless empty EGBEDIN who is house boy to a white woman in London for Green card has to pay me for advert. OZUOR”.