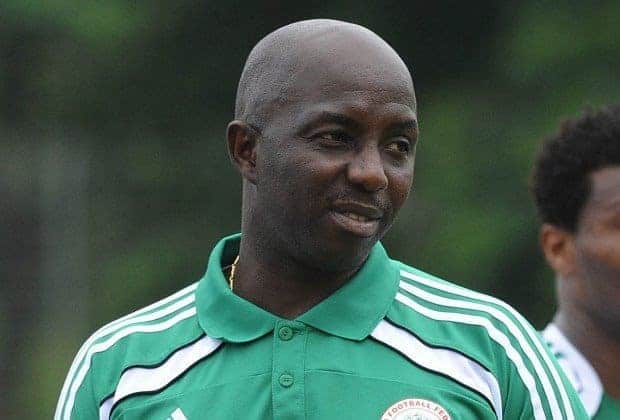 Kemi Filani News had announced before that Siasia was banned for life by FIFA in the wake of being discovered guilty over bribery and manipulation of matches.

This online news platform comprehends that the world football’s administering body said Siasia has been banned from all football-related exercises over attempts to rig matches at international level.

Siasia, who addressed newsmen in Abuja through a partner, Prince Opukiri Jones-Ere at the primary bowl of the Moshood Abiola National Stadium, bid for quiet over the updates on his life ban from the game.

He stated: “We want to please plead with everyone to be calm as the issue has been handed over to a lawyer and he is looking at the case.

“So, at this moment, Siasia will be unavailable to speak to the press.

“I want to also appeal to you all to be patient with us, considering the fact that he is already going through so much stress with regards to his mother’s kidnap which we are dealing with at the moment.

“We appreciate you all for your concerns and solidarity messages which have been received from the onset of this situation.

“So, my kind appeal is that you all give us some time for the lawyer to look into the case and as soon as possible, hopefully by next week, we will come up with our position and further action to be taken on the issue.

“On behalf of the family of Siasia, we want to once again thank you for your concerns and we pray that this will end well.”