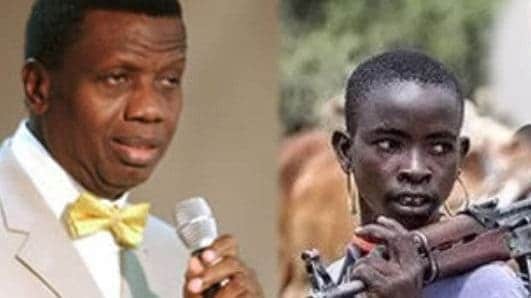 A woman pastor who was part of the five clergymen of the Redeemed Christian Church of God kidnapped near Ijebu-Ode on Friday and who regained her freedom on Saturday has revealed that indeed it was their abductors were Fulani herdsmen.

According to reports on Vanguard, Mrs Ibelegbu Chidinma, a deaconess from Abia State RCCG 3, gave her testimony during the ongoing ministers conference on Saturday night.

Chidinma said she prayed that God should allow her captors to fall asleep after which she sneaked out of the kidnappers’ den.

After she successfully escaped, she was the first captive of the abductors that got in contact with the police, before the four others were later rescued by the police.

However, her story further underscored the banditry threat posed by the criminal wing of herdsmen, on rampage in many parts of the country.

Tension in Osun as hoodlums take over popular mall |video