Prince Nicholas Makolomi who shot and upload the viral video that rattled up social media, which then morphed into #EndSARS movement has...
Read more
Home Metro Ex-Bauchi governor, Mohammed Abubakar, says he spent only N1.2bn on funeral not...
Facebook
Twitter
Pinterest
WhatsApp 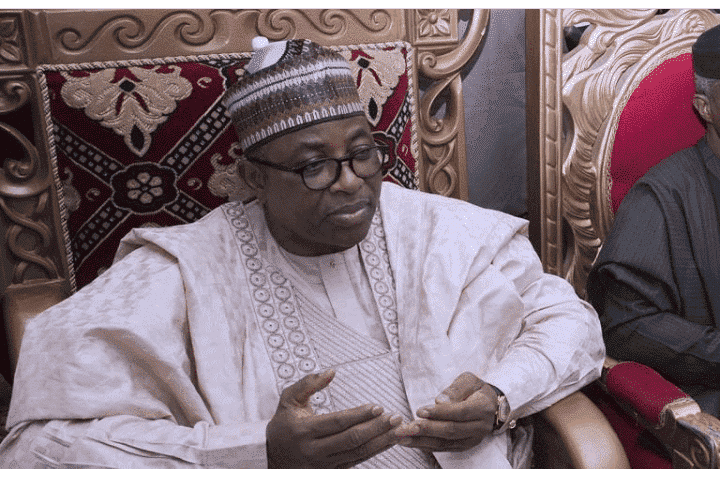 The ex-governor of Bauchi State, Mohammed Abubakar, is presently under fire for allegedly spending N2.3 billion on funeral materials.

His successor, Bala Mohammed had accused him of spending such a huge amount on funeral materials in five months.

However, speaking through Mukhtar Jibril, his media aide, the former governor has debunked the reports, claiming he only spent N1.2 billion on funeral materials and not N2.3 billion as alleged.

He further added that  he only inherited the practice of buying funeral materials from his predecessors due to its impact on the people.

His media aide maintained that all the materials they purchased were done through due process and awarded to qualified contractors.

READ
Tragedy strikes Kaduna as 30 are killed by unknown bandits

He said: “In response to media reports on the issue of mahogany and shrouds procured for burials, we want to state that this is a practice inherited by the government of Abubakar from its predecessors.

Considering its significance and impact on the people, especially the bereaved, it decided to continue with it.”

Continuing, Jibril added: “However, the project, like any other of the same magnitude, was awarded to qualified contractors. Based on the available verifiable record, N1,270,743,520 had been expended since its inception and not the exaggerated figure of N2.3 billion mischievously posted on the social media by critics.
“We urge the good people of the state to disregard this insinuation and act of desperation by elements of retrogression.
”Besides, every contract awarded was subjected to the scrutiny and appraisal of the due process agency in accordance with public procurement law, contract agreement, payment of tax due on such contracts and other requirements.”