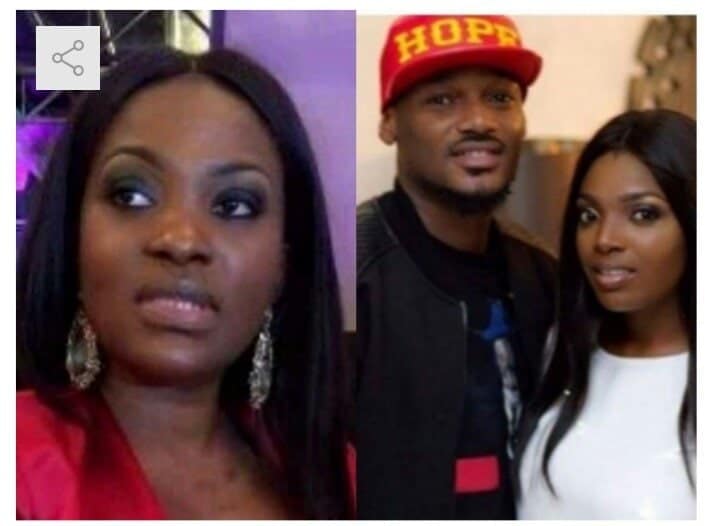 1. It appears that 2face’s wife Annie Idibia and his first Baby mama, Pero, are at war after Pero made a sarcastic post on Instagram, pointing to how “some people act kind, lovable and generous whereas they are opposite of what the act like.”

2. Report says actress Regina Daniels and her 59-year old husband billionaire Ned Nwoko are planning a huge wedding which will be the talk of the town and it’ll happen this month of May only if it’s not cancelled.

3. Toke Makinwa is pissed off over comedian Bovi’s joke about her bum bum. Bovi during his show cracked a joke saying he met Toke Makinwa on a plane and discovered one of her butts is bigger than the other. Toke however said the doctor who performed the cosmetic surgery on her backside got it right and so she doesn’t deserve to be made fun of by the comedian.

READ
How my marriage limits me...why my wife doesn't live with me - Popular actor, OC Ukeje opens up

4. It was celebration galore as Zainab Aliyu, who was detained in Saudi on suspicion of drug trafficking, was released on Tuesday, and we just listed 5 things you should know about her.

6. Mr and Mrs Uche were married for 12 years and after every effort of conceiving naturally failed, they opted for IVF and failed all through the 5 attempts. The couple who recently welcomed their quadruplets, have now shared their testimony.

Why I don’t put my wife, daughters on spotlight – TB Joshua