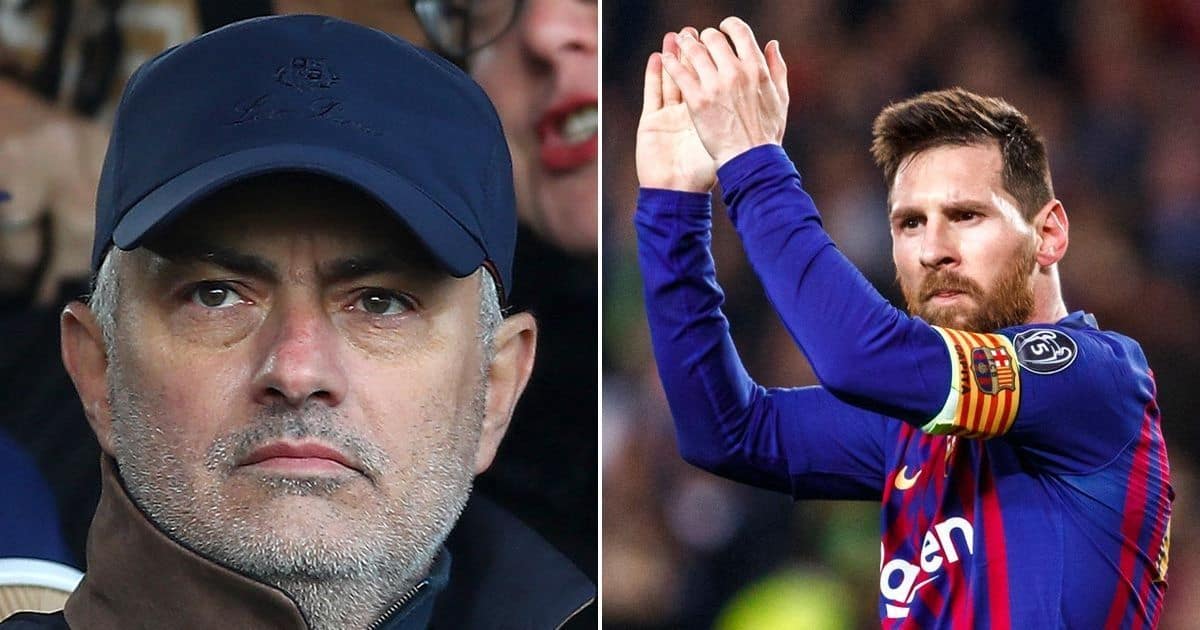 Former Manchester United manager, Jose Mourinho has given Lionel Messi a new name following his brilliance in the Barcelona 3-0 thrashing of Liverpool.

The game which was a first leg of the UEFA Champions League Semi-final saw Lionel Messi wow the world of football by scoring a brace.

Reacting to the performance, Mourinho said:

“God of Football made it completely different. Of course [Barca] have a good team, phenomenal players, but that player is absolutely incredible.

“Liverpool deserve much more than the 3-0 defeat but in the last two corners of the game it could be 4-0 or 5-0, because the game was broken and then they couldn’t cope. The question is which Barcelona will we have when Messi decides to say goodbye.

“Fabinho and even [Roberto] Firmino looks small [for the free-kick] but is not small. Firmino is the last one but this side, the goalkeeper gave one metre to the diagonal to cover that situation and it’s impossible to stop.

“Luis Suarez’s movement [for the first goal] is phenomenal. One metre here, and I bring the defender with me, at least mentally because the defender thinks I’m going in that direction and now I’m going to attack the space in front. And goodbye.”

READ
Messi reveals the best club in the world