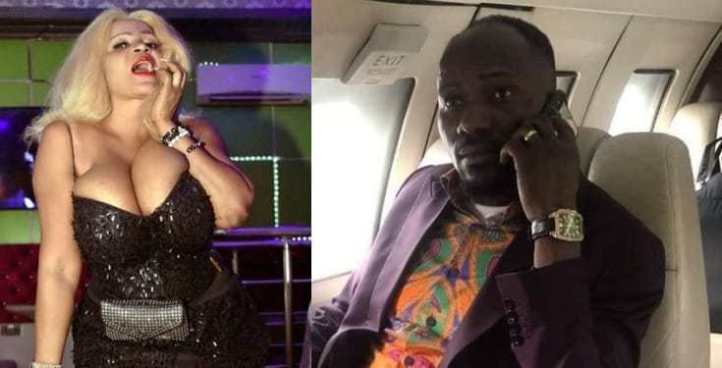 Cossy dropped a comment on an Instagram page, and blasted the pastor who recently acquired a private jet to pay her money .

She also accused him of having a tiny manhood and said those she introduced to him now pose in private jets.

Her comment may have been a shade to Daniella who has been posing in private jets recently and even claimed her ‘bae ‘ owns one .

If you recall,Cossy claims she was the pastor’s pimp and he promised to give her a Range Rover and money. However,things changed when she introduced actress Iyabo Ojo to him .

The actress took over and was even gifted the car meant for her and has remained in the pastors life.

She also revealed another actress, Daniella Okeke was a beneficiary of her connect to the pastor .

If you recall in 2018,Cossy openly expressed her hate for the actresses ,posting their photos on Instagram and writing

“I dislike a lot of people, and Danielle Okeke happens to be one of them. Sue me.

“I dislike a lot of people and Iyabo Ojo happens to be one of them. Sue me.