Trust Nigerians they don’t let anything pass them by as they are out there on social media pouring out their reactions on Festus Keyamo’s latest statement.

Nigerians are responding to Festus’s statement saying that anyone wanting to run for the presidency doesn’t need a WAEC certificate.

Keyamo had argued hours ago, “Yes. Section 318 of the 1999 Constitution defines ‘School Certificate or its equivalent’ to mean Primary 6 School Leaving Certificate plus the ability to just speak, write, understand and communicate in English language to the satisfaction of INEC. No WAEC certificate is needed.”

Well! This statement by him has provoked reactions from users on Twitter which as at now the acronym, ‘WAEC’ is trending. Peep some of the responses below:

@renoomokri: @OfficialAPCNg took Senator Adeleke to Court, alleging that he had no certificate, now a shameless Festus (Stephanie Otobo) @FKeyamo is arguing that @MBuhari DOES NOT need a WAEC certificate to be President. It’s like saying you need a certificate to be gateman but not to be MD!

@chosensomto: When Buhari hires 13 SANS to defend his WAEC certificate, I knew he didn’t sit for the exam.

@MuhammadBello49: He quoted the Constitution, you should attack the Constitution rather than ad hominem. We didn’t see this same enthusiasm from you with respect to Adeleke forged waec certificate.

@delaw: Festus Keyamo that worked under the great Gani Fawehinmi and should have learnt a thing or two about honesty and the bond in the words of his mouth is saying you don’t need waec to become President?

@mrboboskie: Now that WAEC isn’t even needed to contest for any post in my country, it’s safe to say the ones in schools are not the leaders of tomorrow.

@ebubec1: What about your good friend Obono Obla, WAEC denied authenticity of his certificate, yet you are still hobnobbing with him. Kemp Adeosun, you allowed her escape to UK.

@AOlaosebikan: If you carry out analysis of some cooperations, some senior officer will not qualify in modern reality but are allowed such position because of experience and capacity developed over the years. You do not need WAEC to be elected officer. Pry school with 10yrs public service is ok.

@Menschinfotech: Now that we have confirmed Buhari doesn’t her waec certificate … Can they now charge him for forgery and misleading the public with fake results.

@MrPa_Johnson: If it is “common WAEC CERTIFICATE” why is senator Adeleke in court?.

@NdMajestic: Yet APC claimed Sen Adeleke did not sit for waec himself and is not qualified to run for gubernatorial elections. 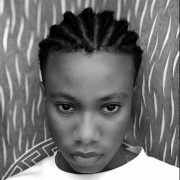