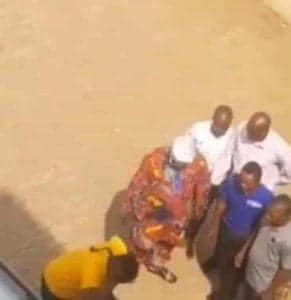 An angry father has accosted his son at Babcock University and flogged him mercilessly for scamming him.

An angry dad yesterday stormed Babcock University to flog the hell out of his son for allegedly scamming him of N800,000.

It was gathered that the student lied to his father that he needed the money to sought some school issues.   He collected the money and never did as he said. His father found out, stormed the school and gave him serious beating.