The Independent National Electoral Commission on Sunday started the announcement of the results of governorship and state Houses of Assembly elections held in the country on Saturday.

The results released so far revealed some surprises and upsets across the country.

We bring you the states where INEC has declared their results inconclusive.

Returning officers for the election in both states made the declaration on Monday in separate announcements at their respective collation centres.

In Jos, the Plateau State capital, Professor Richard Kimbir announced that the margin of a lead of 44,929 between the APC and the PDP candidates is less than 49,377 cancelled votes.

According to the returning officer, this constrains him to return a winner but rather declare the election inconclusive and bye-elections should hold in the affected areas.

Professor Fatima Muktar had given the same reason for her decision and asked those troubled to report to the electoral body.

The Independent National Electoral Commission (INEC) on Monday declared as “inconclusive”, outcome of the governorship election in Bauchi state.

Prof. Mohammed Kyari, Returning Officer who made the declaration, said that apart from the cancellation of the result from entire Tafawa Balewa Local Government Area because of irregularities, the exercise in some other polling units also suffered the same fate.

He said his decision was in line with section 26 part 53 of the Electoral Act.
The News Agency of Nigeria reports that while announcing the votes garnered by the two contending parties before declaring the outcome inconclusive, the Returnig Officer had given the scores of incumbent governor, Mohammed Abubakar of APC as 465,453 votes and that of Bala Mohammed of PDP as 469,512 votes.

Kyari said that the Independent National Electoral Commission would conduct re- run election within 21 days in the affected Local Government area and polling unit which results had been cancelled before the final announcement of the winner.

It said the decision was because 75, 403 votes were cancelled which were higher than 3, 413 margin difference.

The State’s Chief Returning Officer, Prof. Fatima Muktar, made the declaration on Sunday in Sokoto, stating that 51 Candidates contested the election.

Funke Akindele, others react to Adesua and Banky W's story of how they lost their set of twins | Watch

Muktar, who is the Vice Chancellor, Federal University Dutse (FUD) , Jigawa, declared that it was based on the consideration of cancelled votes that emanated from 136 polling units in the state.

” From the forgoing, the election is declared inconclusive as I cannot take a decision in recognition of the narrow margin according to electoral law” Muktar said.

The Independent National Electoral Commission (INEC) has declared the Kwali Area Council Chairmanship and Councillorship elections in the Federal Capital Territory inconclusive.
The INEC returning officer for the council, Mr Emmanuel Christopher, told newsmen that the election was declared inconclusive due to over-voting at unit 005 Sheda voting centre.
He further said that Tuesday, March 12, had been fixed for the re-rerun election at the affected voting centre, NAN reports. 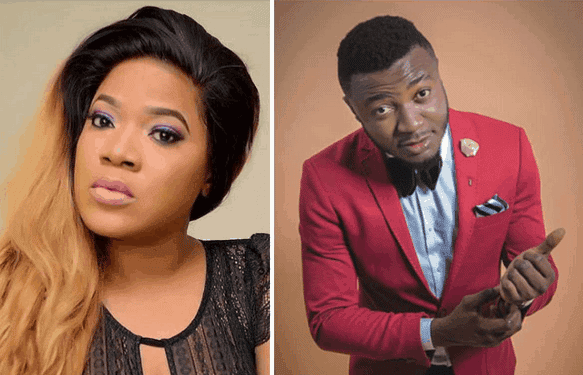 MC Galaxy has denied allegations that he asked ladies to post unclad videos of themselves on social media.

This singer was accused of making the claim on live chat with his followers on Instagram.

According to the allegations, MC Galaxy offered to give the winner of the competition N50k.

Reacting to this is Nollywood actress, Toyin Abraham who...