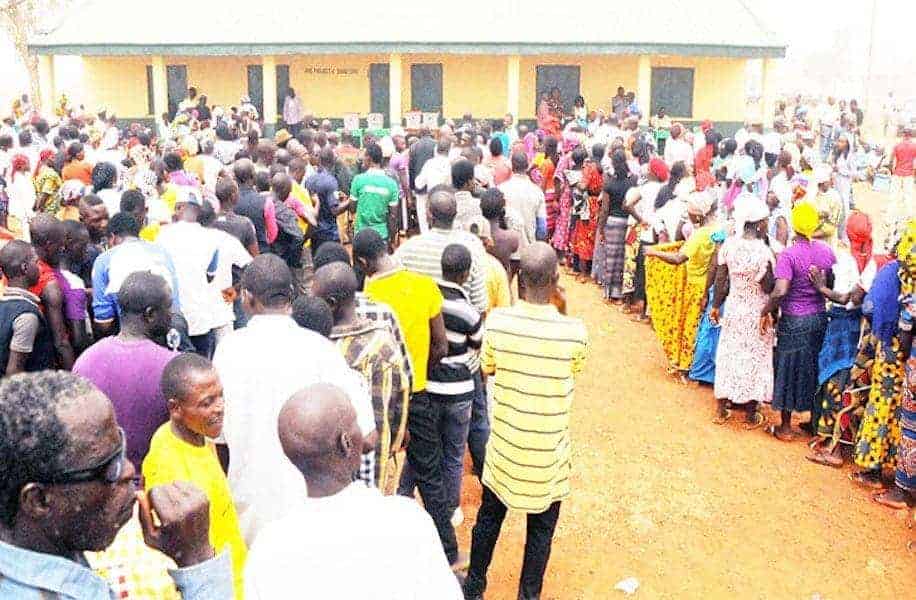 Today, Nigerians will return to the polls to elect their state governors and legislators as well councilors for the six Federal Capital Territory (FCT) Area Councils.

The governorship election will take place in 29 states as the elections in remaining seven other states of Edo, Kogi, Ondo, Ekiti, Anambra, Osun and Bayelsa were already conducted off season by the Independent National Electoral Commission (INEC).

The positions include Governors in 29 States and 991 members of state Houses of Assembly as well as the six Chairmen and 62 Councilors for the Area Councils in the FCT.

READ
Funke Akindele and her husband are ex-convicts - Lawyers

Also, on the same day, about 14,000 candidates will vie for 991 State House of Assembly seats.

For the FCT Area Council election, a total of 105 candidates are contesting for the six chairmanship positions while 701 candidates seek to occupy the 62 councillorship seats.