Self-styled leader of the Indigenous People of Biafra (IPOB), Nnamdi Kanu, has revealed the government officials behind Alex Badeh’s death.

He revealed this yesterday while giving details of a brief discussion he had with late Alex Badeh, a former chief of Defense Staff, while in Kuje prison.

Badeh, who served as the immediate past Chief of Defence Staff, was assassinated along the Abuja-Keffi highway last Tuesday evening.

Speaking on the murder of Badeh during a special worldwide broadcast from Israel, Kanu alleged that the late Chief of Air Staff was murdered on the instructions of some persons in the government.

The IPOB leader, quoting a popular national newspaper copiously, said close associates of the late CDS claimed he (Badeh) met with Mrs Aisha Buhari recently to seek help with his corruption cases pending in court because it was taking huge emotional and financial toll on him.

But the wife of the president reportedly told him only Abba Kyari, President Muhammadu Buhari’s Chief of Staff, could help him so she took him to Mr Kyari who was non-committal. Afterwards, Kyari reportedly told Badeh to call him later. The late CDS did call back but never got a response.

Against that background, Kanu said Aisha Buhari’s reference to Abba Kyari as Badeh’s messiah only “confirms that President Buhari is not alive and Jubril Aminu Al-Sudani does whatever Mr. Kyari says. I told you ab initio that the main culprits in this (Badeh’s killing) are Abba Kyari and Mamman Daura,” he alleged.

On the rationale behind Badeh’s assassination, Kanu said: “Badeh died because he threatened Aisha Buhari and Abba Kyari with what he knew about Mr. Jubril Aminu Al-Sudani.”

The IPOB leader went further to say that during his discussion with Badeh while at Kuje prisons in Abuja, he told the late Air chief that Nigeria cannot work but he (Badeh) insisted that Nigeria will work.

His words: “I met Alex Badeh in Kuje or he met me in Kuje prison and we had a brief discussion. Those that were there know what I discussed with him.

Kanu added: “Alex Badeh is dead and nobody is investigating his death. Nobody is calling him a hero. Alex Badeh was brave.”

As the news of the birth of her twin sons filtered through social media and blogs, joy permeated through the air. It was as though Nigerians had won a collective jackpot or better still, the government had announced a breakthrough in power supply.

The birth of the actress’s sons is a peculiar moment for all considering that a Lagos-based prophet, Olagorioye Faleyimu, had prophecied only last year  that the actress may not have children of her own, and might end up with another broken home.

This prophecy of doom came few weeks after news made rounds that the actress miscarried her pregnancy. Funke Akindele was newly married to singer, producer and actor, JJC Skillz at the time and a few people had concerns about the future of their relationship considering JJC has... 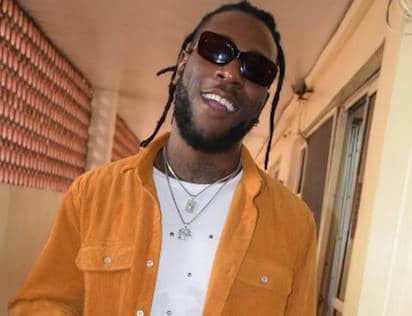 Burna Boy has had an impressive year with soldout concerts, back-to-back hits and massive fan love.

The singer showed off his new whip via his Instastories as he prepares for his end of year concert, Burna Live set to hold on December 26.

NURTW boss, Kokozaria, and wife lose their set of twins at birth

Popular Lagos NURTW boss, Kokozaria, and his first wife, Oyinda, lost their set of twins, few hours after their birth, on Thursday, in Oshodi, Lagos.

According to inside reports, the twins were conjoined and delivered at a hospital at Owoseni Mafoluku, Oshodi. They, however, died few hours after their birth. Confirming the report in a post on her page, the wife thanked God for the gift of life.

"All glory n adoration goes to my creator,the man that created me for a reason.I will forever give thanks to you,for u did wat is above my knowledge giving me another chance to live again.Though it's painful to have lost twins pregnancy of 9months but I give you all d glory n adoration for saving my life.You alone knows?the best,once again OBAONISEARA????am grateful????.
Erundupe lojooju???
Oyindamolaolope 2018???
Momooreoluwa???"