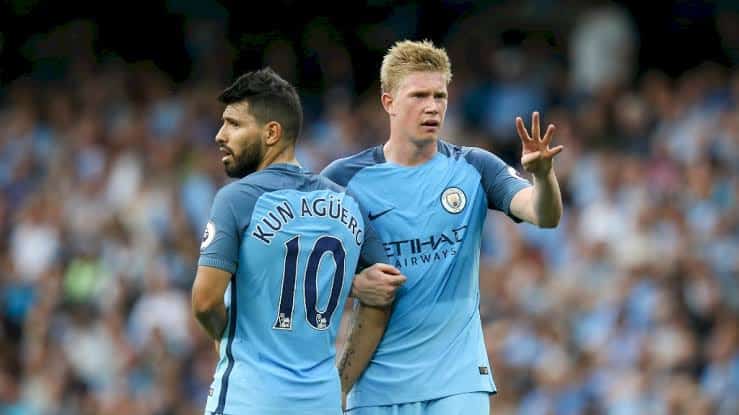 Manchester City will be without star striker Sergio Aguero for Saturday’s Premier League clash with Chelsea, Pep Guardiola has confirmed.

The striker picked up an injury in training and missed the 2-1 victory at Watford and now is set to be unavailable once again for the trip to Stamford Bridge.

Former Blues midfielder Kevin De Bruyne has also been ruled out of the clash in a significant blow to City’s hopes of maintaining their unbeaten start to the league campaign.

And the trip to fourth-placed Chelsea represents a significant test for City without their all-time leading goalscorer. Brazilian striker Gabriel Jesus is likely to lead the line in his absence, but the 21-year-old has just one goal in 12 appearances so far this season, although the majority of those have been from the bench.

De Bruyne has suffered with injury problems for much of this season, but the form of Bernardo Silva so far has cushioned the blow of the Belgian’s absence.

Chelsea have just suffered their second defeat of the campaign in a shock 2-1 reverse against Wolves, and City will hope that confidence will be low in Maurizio Sarri’s camp.

“It is another huge demanding test for us,” Guardiola said at Friday’s press conference.
“How we play against one of the best teams on one of the biggest stages. How will they react after losing? I can imagine how intense, committed they will be.” (Goal)

There was pandemonium on Friday afternoon at the Murtala Muhammed Airport, Lagos following a fire outbreak at the Forte Oil Petrol Station.