The Federal Government has told the U.S. to be wary of granting visa to the PDP Presidential candidate, Alhaji Atiku Abubakar, in order not to create the impression of endorsing him for  the 2019 election.

The Minister of Information and Culture, Alhaji Lai Mohammed, gave the government position at an interactive session with media executives in Abuja on Thursday.

Mohammed said that the government was aware of the move by the former Vice President to lobby the U.S. to lift the visa ban imposed on him.

He said, while the U.S. has the prerogative of whom to issue visa, it should be mindful of the timing, in order not to give the impression that Atiku has been endorsed by the U.S. government.

“We understand and appreciate the fact that it is the prerogative of the U.S. to grant a visa to anyone who applies.

“However, we want the U.S. to be neutral and be wary of taking any decision that will give the impression that they are favouring or endorsing one candidate over the other

“Impression must not be created that the U.S. government is endorsing one particular candidate over the other,’’ he said.

“I am sure you will all recall the Jefferson’s case and the cold 90,000 U.S. dollar in fridge.

“We are not unaware that Atiku has engaged the services of some lobbyists to persuade the U.S. to issue visa to him.

“Our position is that if the former Vice President is seeking the U.S. visa we have no problem about it.

Why I am getting married to Anita Joseph - Groom-to-be, MC Fish spills (photos)

“However, we want the U.S. government not to create the impression that it is endorsing one candidate over the other,’’ he said.

“What happened was a set-back and it is not enough to say that we are losing the war against the Boko Haram.

“We want to appreciate the gallant military who are sacrificing day and night and those who have lost their lives to protect Nigeria’s sovereignty,’’ he said.

University lecturers had on November 5 embarked on a strike after Federal Government failed to implement the 2009 agreement it entered into with the union.

Academic Staff Union of Universities, ASUU, has now cautioned that the ongoing strike by its members may be prolonged as no concrete resolution has been reached in the negotiation with the Federal Government.

The union also called on parents and students to show understanding over the development so as to save Nigeria’s university system from collapse.

Biodun Ogunyemi, the ASUU National President, made the appeal in an interview in Lagos.

The lecturers are also calling for full implementation of the Memorandum of Action (MoA) agreement with the government in 2017; improved working conditions and welfare package; and upgrade of facilities in universities across the country.

According to him, the strike is not to short-change students, parents and other key stakeholders but to save the country’s university system from...

Six friendly environmental practices you should not ignore 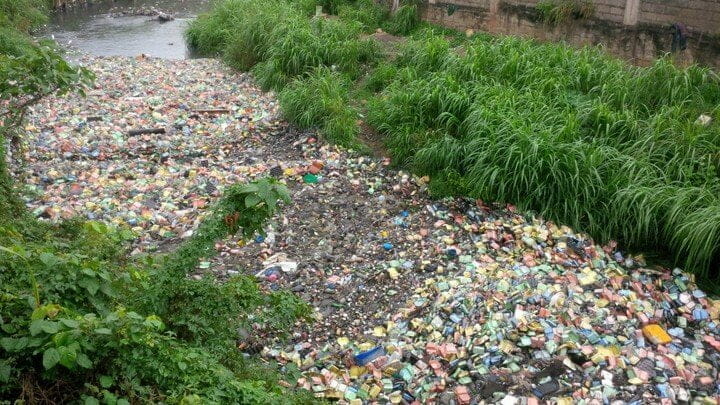 A popular aphorism says, 'the Earth is what we all have in common'. This connotes that we all have a part to play in ensuring that mother Earth, is efficiently and judiciously managed. It also means we have individual contributions towards conserving and protecting the earth's natural resources for the 'good of all'.

Below are six simple ways you as an individual can be more environmentally friendly wriiten by environmentalist, Filani Iyanuoluwa...

Not having efficient waste disposal systems in your community is not enough alibi to dispose waste anywhere or anyhow. You can contribute your quota towards sustainable environmental practices by ensuring wastes such as bottles, nylons, bags, papers are properly disposed...

The bank accounts of suspects being tried in court over allegations of corruption by the Economic and Financial Crimes Commission (EFCC) have been frozen on the orders of the Federal government.

The names of the suspect appeared on the looters list released by the Federal government earlier this year.

It was reported that a former Minister who confirmed...