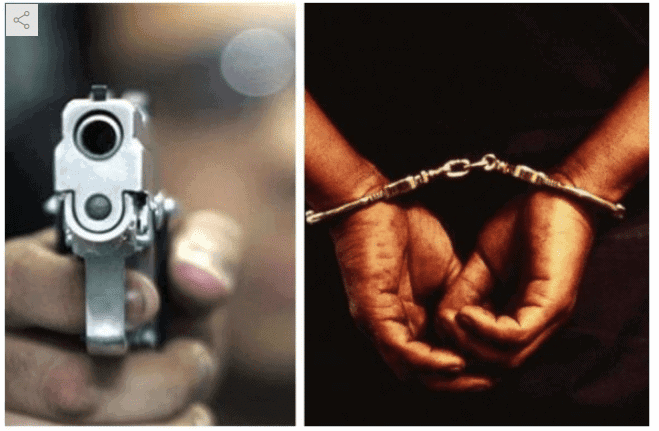 In what appears to be a case of instant karma, a yet to be identified armed robber has been burnt to ashes after a failed robbery in Calabar

It was gathered that during the late hours of Thursday, November 8 there was a robbery incident in Calabar Municipality, Cross River,

A total of four suspected armed robbers succeeded in attacking a medical shop owner at Mayne Avenue by Adam Duke, Calabar at about 9pm where huge some of money among other valuable were carted away.

According to reports after the robbery attack, luck ran out of one of the robbers as the gallant shop owner attacked and captured the unlucky robber who tried to escape, however, the victim (shop owner) was shot in the hand but he never let go.

Damning the consequences, he immediately began to raise an alarm where neighbors and passersby sprang into action where the victim was beaten to pulp and set ablaze.

Findings has it that the victim (shop owner) has been robbed severally this year and was also kidnapped by the same group previously.

“It was 9pm on Thursday night that we heard noises at the scene of the incident and i rush there only to discovered that a man was on flames, thank God he has been killed at last.”

As at the time of this report the injured shop owner has been admitted in an undisclosed hospital and he is responding to treatment.