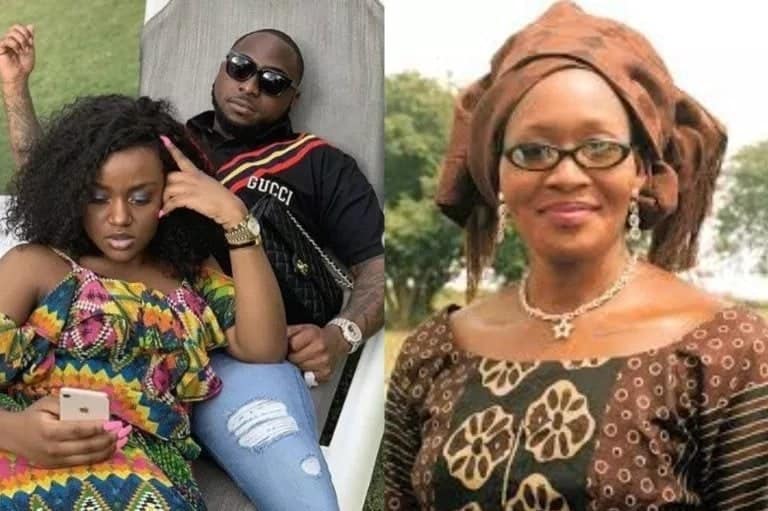 Superstar singer, Davido and controversial journalist, Kemi Omololu-Olunloyo are in a Twitter fight that may last for days considering the magnitude of the allegations and words being thrown around by both parties.

Olunloyo had, over the past week, being reporting that the relationship between Davido and his girlfriend, Chioma has hit the rocks following an allegedly pregnancy by another lover.

On Saturday, she tweeted again that the singer has been posting old photos of himself and Chioma and would soon announce the end of the relationship.

#hnngossip Close pals tell me Davido is trying hard to relax from the Chioma heartbreak by taking jacuzzi baths for relaxation and posting several belated pics in jets, parties etc. A close pal D.B says he will be announcing soon that he has left the relationship and moving on. pic.twitter.com/xgAeCMNllh

Davido went ahead to reply with NSFW words

Not one to rein her emotions in, Olunloyo responded with a lengthy voice note referring to Davido’s billionaire father simply by his first name, Deji. She also alleges that she was classmates with Deji Adeleke many years back.

READ
How Toyin Abraham, others are reacting to Davido's wife, Chioma, contracting Coronavirus

Listen to her voice message to Davido where she also lectures him and his fans on the work of a true journalist:

#HNNGossip Boo hoo!??? I'm in tears as Davido says I need a dick! I'm calling Deji now to report him. Deji Adeleke is a childhood classmate back in the days aka Davido's father. Omo rada rada being rude to me! His Illiterate fans don't understand Journalism #hnnmusic #hnnmumu pic.twitter.com/aNJDhL7g8S