Founder of the International Godsway Ministries, Bishop Daniel Obinim, has revealed that he has seen ‘Adam and Eve’ before and he knows them personally.

According to him, he had the rare privilege of personally knowing who are believed to be the first human beings created by God.

“The Adam and Eve that God created who have died a long time ago, I saw them. I know Adam and Eve. Jesus Christ took me to the spiritual realms to show me Adam, Eve, Abraham and even Moses. I know…” he insisted when the interviewer probed further.

This isn’t the first time questions have been raised about Obinim’s pronouncements.

The eccentric preacher has often been called out for his unconventional methods.

In 2016, a viral video on social media which appeared to have been recorded from a TV broadcast, showed Daniel Obinim, beating two young members of his church repeatedly with a belt, while hurling insults at them in front of his congregation.

The disturbing video provoked widespread criticism of the controversial preacher, and he was eventually sued by the state for assaulting the children. His excuse was that the children were under his care but had engaged in an immoral act leading to the girl getting pregnant and aborting same.

Obinim in the past was also seen stomping the stomach of what looked like a pregnant woman continuously in a deliverance service.

In 2011, he was dragged before a court on charges of “vandalizing the property of an Accra-based radio station” and was criticized by the Ghana Pentecostal and Charismatic Council (GPCC) for verbally assaulting its 1st Vice President, Rt. Rev. Sam Korankye Ankrah 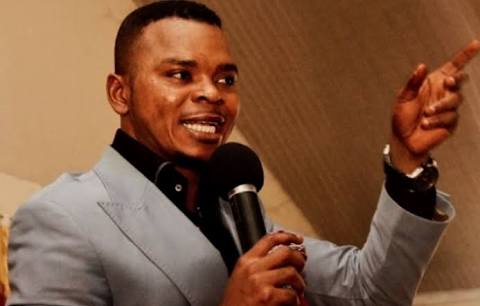 Have you seen this viral video of a Ghanaian Pastor kicking a pregnant woman’s stomach for deliverance?