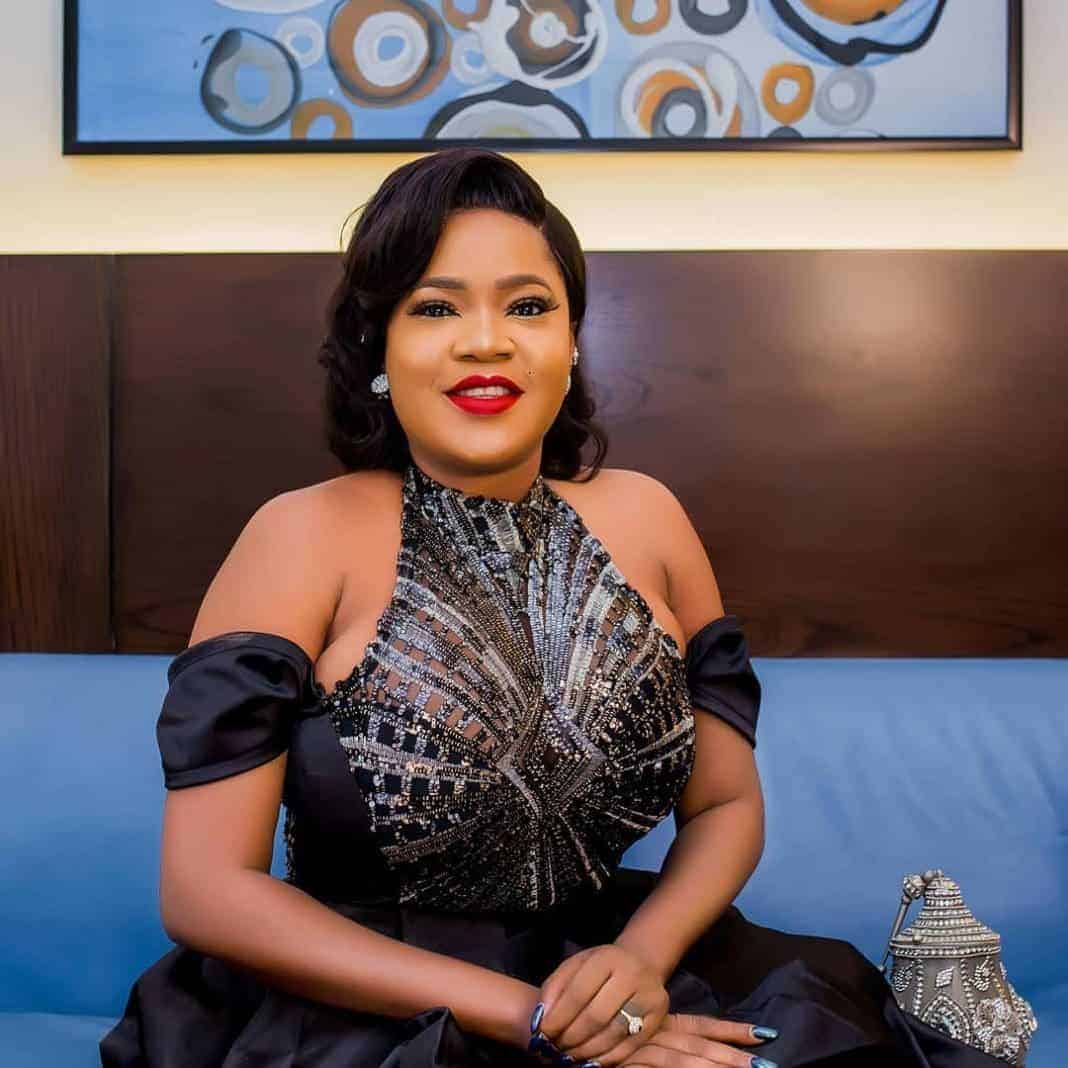 Despite claiming to be engaged to a Lagos lawyer, popular actress, Toyin Abraham, who marked her birthday on September 5 had a birthday whereby she refused to show off the man.

Though she got a surprise birthday serenade from friends who hired a romance merchant to do that, there was no beau. Though some of her colleagues especially Wunmi Toriola has accused Toyin of faking her engagement, the news of Toyin’s engagement was confirmed by her PR handlers on Instagram.

The now divorced actress was even seen in a video rejoicing at her expensive engagement ring.
The lover, a Lagos lawyer is said to be head over heels in love with Toyin.

He is also said to be ready to get married to her very soon.
Toyin, who was previously married to another actor, Adeniyi Johnson has been enmeshed in a series of scandals bordering on her love life especially her crashed marriage in 2015.

Her ex, Adeniyi and another actor Seyi Edun are also rumored to be married and both flaunt wedding bands.

Adeniyi recently revealed in an interview with Ebuka that he was not culpable to the crash of his marriage to Toyin.

Toyin, he asserted, was guilty of adultery.

He said she cheated with a marketer ,cnow prisoner, Seun Egbegbe.

Now that the two (Niyi and Toyin) are now engaged to those who love them dearly, an end has come to the drama trailing their separation and then divorce.
This is wishing the pretty actress a happy and fabulous new year.