It was a glamorous event on Saturday September 1, 2018 and the number of celebrities who stormed the venue was impressive.
With many emerging winners, the fashion statements made by many could not be ignored.

Unfortunately many of the female guests showed up in immoral dresses except for a few like Omotola Ekeinde who stood out by being completely covered up.

After a fan posted a message on her page on the immodest dressing trend, Omotola responded. See screenshot below:

Below are some of the immoral dressing:

Following the wide spread mockery which followed her appearance at the 2018 AMVCA, former Big Brother Naija housemate, Bam Bam has hit back at critics of her flurry dress.

Big Brother Naija 2018 housemate BamBam was easily the most talked about star tonight at the 2018 Africa Magic Viewer’s Choice Awards.

Styled in a unique feathered piece by House of Jahdara, BamBam’s outfit for the night was a straight “hate it or love it” piece. No in-between. The outfit had quite a number of people talking on social media. 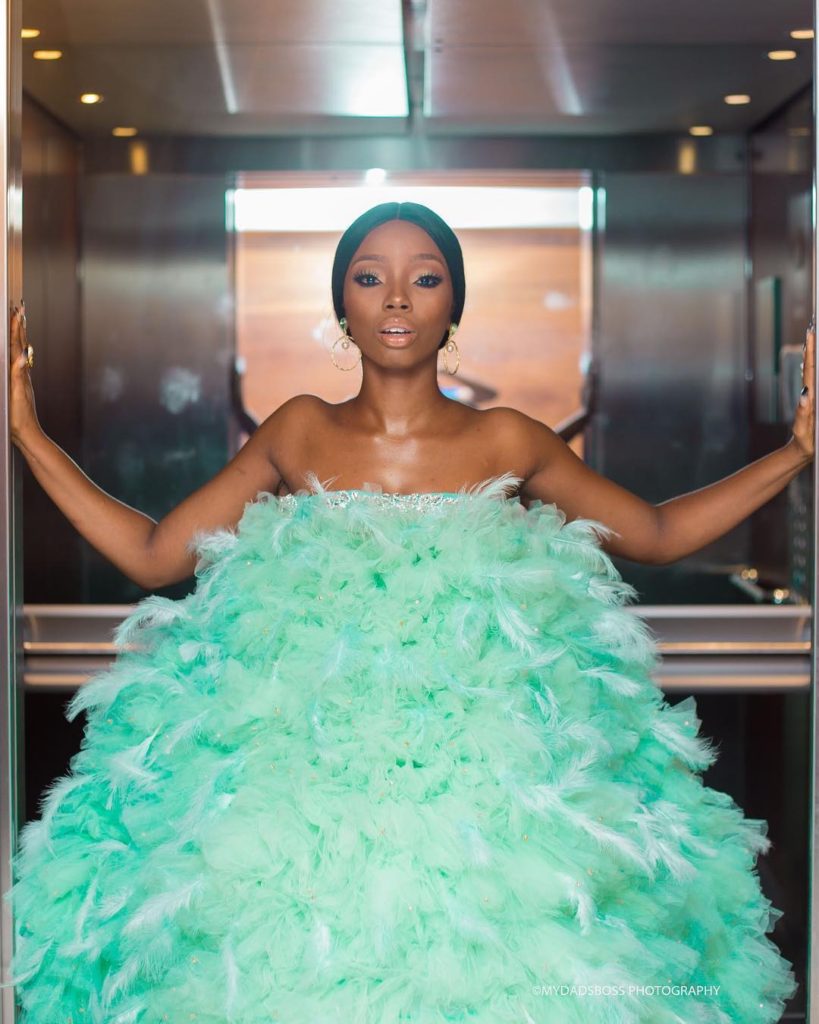 There is hardly a time celebrity power couple, Banky W and his wife, Adesua, step out for an event that they do not make headlines, especially online.

On several occasions, the renowned singer has been seen in different positions trying to take good photographs of his wife and one of the occasions was captured at actor, Gabriel Afolayan’s wedding.

In an exclusive chat with Saturday Beats, the Lagos Party singer said that there was no big deal in taking his wife’s pictures in public despite his fame and fortunes.

“Why would I feel bad taking pictures of my wife in public?

She is my wife and the two of us are one. We are always there for each other and if she needs me to take a picture of her, I would be her photographer. It is the same way around as well; she does the...

Nigerian celebrity blogger, Linda Ikeji who is set to have her son in Atlanta has confirmed that her baby daddy is from Delta state.

The confirmation was made in a new post she shared on Instagram. The photo Linda Ikeji shared came with the caption;

Mummy-to-be to a future Itsekiri big boy...Wish I were younger...would get pregnant every year for the next four years back to back! Lol. It's been such an amazing experience so far. #Joy!

Since the millionaire blogger announced her engagement, a lot of people have been trying to figure out and find out who Linda Ikeji’s baby daddy, fiance or husband is. It was even speculated that the blogger had an IVF for the baby.Well, according to a user on the popular Nigerian forum Nairaland, Linda Ikeji’s baby daddy is Sholaye Jeremi, a close associate to Minister of State for Petroleum, Ibe Kachikwu.