President Muhammadu Buhari's special Adviser, Media and Publicity, Femi Adesina has revealed that he was the one that prepared the nationwide speech...
Read more
Home Life & Style 10 facts about Nwankwo Kanu as he celebrates his 42nd birthday today
Facebook
Twitter
Pinterest
WhatsApp 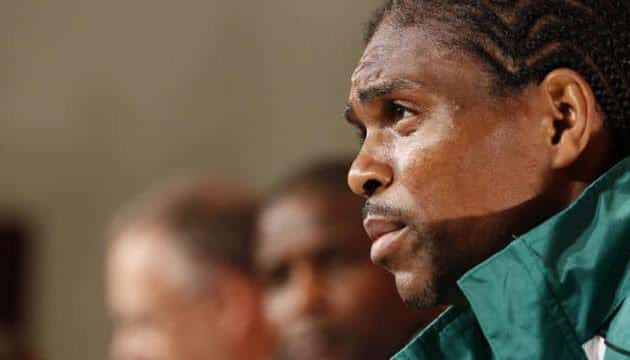 In celebration of Nigeria’s football hero Kanu Nwankwo who clocks 42 today, August 1st, we have listed 10 facts about him you might not know of.

Let’s check out 10 facts about Nwankwo Kanu below.

1. Kanu was born on the Nkwo market day and that led to him being named ‘Nwankwo’, born on Nkwo day.

2. He started out his professional career with Iwuanyanwu Nationale in the Nigeria Professional Football League in the 1992/93 season after impressing at Holy Ghost College in Owerri.

3.He played for Iwuanyanwu Nationale, Ajax, Inter Milan, Arsenal, West Bromwich Albion and Portsmouth in his career that spanned 20 years.

4.Kanu is the first and only Nigerian footballer to be named African Player of the Year twice.

5.He captained the Dream Team, Nigeria’s U23 team, to win Gold at the Atlanta ’96 Olympics in the United States of America, the first time a team outside of Europe and South America had won the title. 6. In 2016, Kanu was named one of the 48 greatest footballers ever by the International Federation of Football History and Statistics (IFFHS).

8. Kanu was also a member of the Arsenal ‘Invincibles’, the Arsene Wenger-led side that went a whole season undefeated in the English Premier League

9.Papilo is an Officer of the Order of the Niger (OON), the sixth highest Nigerian national honour.

10.In 2014, the Nigerian government named Kanu among the 100 most distinguished Nigerians during a ceremony to mark the centenary of the unification of Northern and Southern Nigeria.

How PDP welcomed Saraki and Ahmed back to the political party