It’s a new girlfriend alert from Nigerian rapper, Skales, who is currently in London for “One Africa Music Fest”

The rapper shared a photo capturing the duo in a loved up posture even though he tagged the photo; BEST FRIEND GOALS…..#MRLOVE 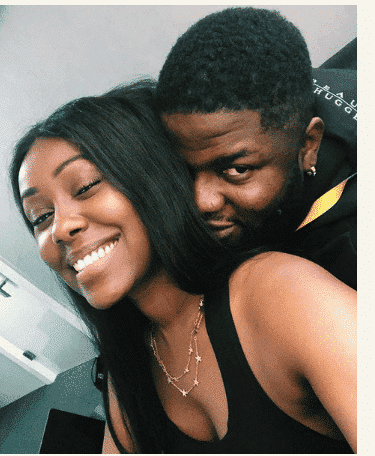 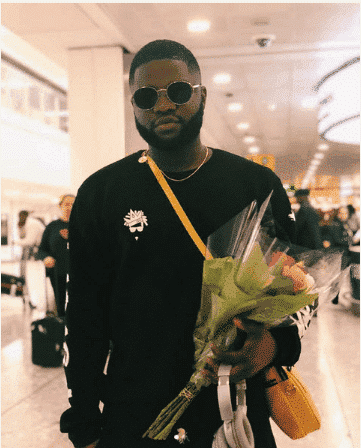 According to Vanguard Nigeria, Skales said;
“I’m still single to stupor, just like Falz would say. Right now, no sex for me, I’m just focusing on my music. In fact, for now I’m working on my next album”

It happened that the interviewer, Victor Okpala, asserted that he didn’t think the singers 2017 single – Booty Language is a genius song which made the rapper sprout out of the interview in anger

Check it out here;
https://youtu.be/FKtJYtrN9BI

In what appears to be strange but true, a married woman identified as Kehinde Opebiye has reportedly been duped f N850k by her married lover, Abioye Olakunle in Lagos

For some unexplainable reasons, a married man and woman decided to have an agreement of satisfying each other's sexual needs, however, what started out as a sweet stolen meal has turned soul as the man allegedly defrauded the woman of a whopping N850k

It was gathered that Olakunle promised to marry Opebiye, making the later fall for his advances as she planned to leave her husband for him and gave him the cash, only for her to discover that he was a married man with kids

Upon the realisation, she requested for her money back but the man refused. This ofcourse pushed the aggrieved lady to return to her husband and confessed her actions before him

Opebiyi alongside her husband who...

Sergio Ramos has reportedly changed his phone number following multiple death threats he got from callers. This is in connection to the incident that occurred between him and Mohamed Salah during the 2017/2018 UEFA champions League final between Real Madrid and Liverpool in Kyiv.

Sergio Ramos and Mohamed Salah entered into a tussle for the ball leading to Salah landing on his arm. The fall led to the Egyptian's game for the night ending immediately after it was discovered that he suffered a shoulder injury.

Right before the game ended, social media was made to boil by fans of the prolific goalscorer who were angry that he was substituted early. They heaped the blame on Ramos with claims that he intentionally injured Salah.

Lawmaker, Femi Gbajabiamila who was in the news for reportedly buying his wife a G-wagon has allegedly donated thirty buses,160 motorcycles and twenty-five tricycles to Surulere 1, the constituency he represents

It may be recalled that Femi Gbajabiamila released an official statement, yesterday, declaring that he saved up for quite a number of years to buy the luxury ride for his wife

The lawmaker at the National Assembly donated 30 brand new Buses,160 Motorcycles, 25 Tricycles (Keke Marwa) to residents of his constituency, Surulere 1 which is tagged as part of a project; A Multi-Layer Transportation Initiative to Empower and Ease Movement of Residents of Surulere 1 Federal Constituency, Lagos".

The event which was graced by other lawmakers and other officials,...