Writer Odega Shawa has slammed Fatima Gumsu Abacha over her outburst at Nobel laureate, professor Wole Soyinka, who made a remark concerning her father, Late General Sani Abacha who ruled Nigeria as a military Head of States.

In Soyinka’s remark, which was in reaction to President Buhari’s honoring of Late MKO Abiola (the winner of the annulled June 12 election) he praised the president’s effort as he also told him that he cannot praise Abacha and honor MKO in the same breathe.

This remark didn’t sit well with Fatima Gumsu Abacha who hit back at the professor. READ HERE. However, Odega Shawa has reacted to the reply Gumsu gave to professor Wole Soyinka. This he did in an open letter seen below.

DEAR SAGESSE GUMSU SANI ABACHA, YOUR FATHER WAS A CRAZY MONSTER TOO

Hajia SGSA, as-salaam alaikum. Peace be unto you and your house.

I read your Facebook post where you slammed Professor Wole Soyinka for allegedly insinuating insult on the memory of your late father, Gen Sani Abacha, by questioning President Buhari’s double dalliance of sorts with both MKO Abiola and your father, the late dictator, both ‘hero’ and ‘villain’ of democracy respectively, at least in our popular contemporary pulp fiction.

You see, Kongi is a writer and President Buhari’s story plot was simply not adding up. You simply cannot have two heroes taking the spots meant for a hero and a villain in any story.

One will be insulting the intelligence of one’s audience if one tries telling a story like that, as the president was obviously doing.

Dear SGSA, whatever else you imagine you can accuse Soyinka of it certainly cannot be stupidity, he is after all still Africa’s first Nobel Prize for Literature winner. He should know a good story if he sees it. On the other hand, there is still a raging controversy over the president’s WAEC results, but let me not digress.

You insulted Professor Soyinka. On your Facebook wall you wrote: ‘Wicked old hawk …. your hate for my father shall kill you. Olori buruku mad cow.’

If hate could kill your father would have dropped dead long before the rumoured Indian prostitutes and the apple – or whatever it was in fact – that finally nailed him.

Your father was one of the most hated people in the world the day he dropped dead.

The day he died millions took to the streets to celebrate!

I do not expect you to realize the totally noxious and obnoxious character your father was.

He was after all your father. We all have fathers. We have a tenderness towards our fathers, especially if the father figure doted on us, loved us, cared for us, provided for us, raised us to the very best of luxury and was ready to do anything for us.

That was the kind of father I believe he was to you and your siblings, maybe even more. You dote on him.

READ
Buhari tells Atiku what to do over Supreme Court judgment

Jaffar is wiser than you, SGSA. You see, he is not fighting what has been written, because, well, the facts are there in what was written.

He was also a crazy monster to most of the rest of the nation when he was in power.

What gives you the right to insult those who do not share your golden memories of Sani Abacha?

Kudirat Abiola has children too. Ken Saro Wiwa and the Ogoni 9, they have children. Major General Shehu Musa Yar’adua, and so on. Every victim of Sergeant Rogers, your father’s chief executioner, had a family.

You cannot sing the praises of your father to whoever cares to listen and then turn around and insult anybody that thinks otherwise. That was the kind of thing that happened only under your father and his fellow minions of bloody despots.

We paid with our blood for this democracy. We can say whatever we want now, dear SGSA, and not have the likes of your father’s murdering squad come around to shoot us dead.

You and your privileged kind and kindred no longer monopolizes the apparatus of state. You should count yourself lucky. The Bolsheviks lined up their entire royal family: men, women, children and shot everybody for despoiling the nation.

Your father despoiled us.

Numbers and estimates of money stolen by your father and your family is mind-boggling.

There are analysts who count Sani Abacha among the ‘ranks of Congo’s Mobutu Sese Seko as one of Africa’s most avaricious looters in power’.

Transparency International disclosed that the Abacha regime embezzled between $3 billion and $5 billion of public funds, money meant to help the poor. The US Justice Department filed a law suit in November 2013 indicting your father, your brother Mohammed Sani Abacha, their associate Abubakar Atiku Bagudu and others in unbelievable embezzlement schemes. They misappropriated and extorted money from the Nigerian government in excess of $5b.

A Reuters report stated that the Justice Department referred to the act of the dead dictator as a ‘brazen act of kleptocracy’.

So far, according to some reports, Nigeria had recovered about $1.3 billion of Abacha’s stolen money from various European jurisdictions.

The Special Investigation Panel (SIP) stated that as at 2018 ‘what is still trapped in offshore accounts… stands at US$ 210 billion.’

That is what one family stole from a country. Your family, dear SGSA. Under your sweet and beloved father, to be very specific. WETIN UNA WAN TAKE THE MONEY DO?!!!

You can argue the numbers, of course.

Let’s even say it is just $1b stolen. N1b can establish one small rural hospital in Nigeria. That is 10 good hospitals in every state in this country.

The story of Abacha’s rape of Nigeria is unbelievable, which brings me back to why you called Professor Wole Soyinka a mad cow because you love your father.

You also hate us for not loving your father.

You attack us every time we mention your father’s name.

We are all mad cows, Hajia Gumsu. We agree.

How do you feel safe with millions of mad cows watching you wallow in the stolen luxury and bubble of our common wealth?

2018 World Cup: How the FIFA world cup trophy is made in Italy (Photos) 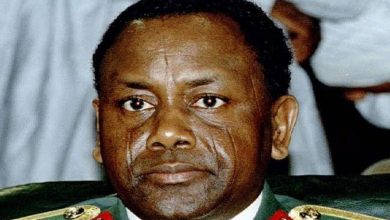 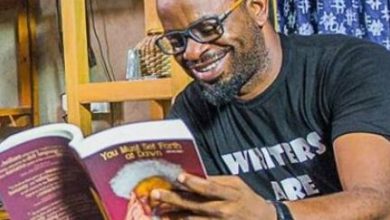 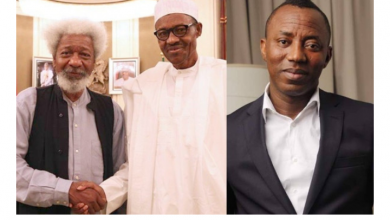 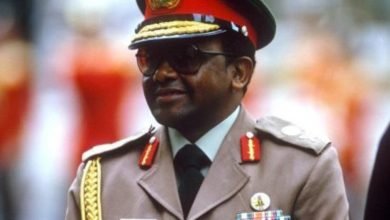 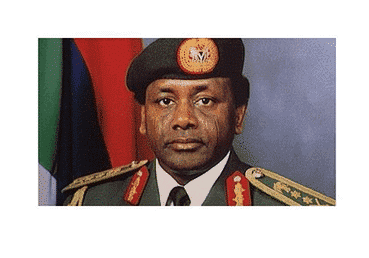 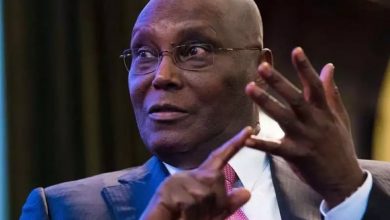 Buhari planning to jail me in phantom coup plot – Atiku 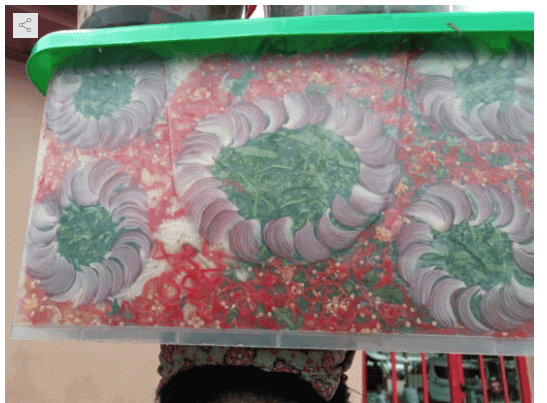