Synopsis: ‘Crazy People’, a psychological comic thriller about a movie star who is on a quest to track down his impersonator, features Ramsey Nouah and Chioma ‘Chigul’ Omerua as lead characters.

Verdict: Superb production. Solid acting. Sparsely funny. And sadly, soulless. ‘Crazy People’ is everything except crazily funny. And we mean that literally. To be absolutely clear, ‘Crazy People’ is a very good movie; very well made, as far as technical quality, cinematography and acting performances go. On those counts ‘Crazy People’ is a gem, a showcase, a testimony to the excellence and proficiency of Nollywood movie making- It sets a high bar.

If those are the things you go to cinema to see and celebrate, then by all means, ‘Crazy People’ was made for you- it is a “must see”. You will be awed by its cinematography and wowed! by its exceptional camera angles. You will swoon at its gimmickry and be flabbergasted by the originality of its concept. So, go for it.

However, if you happen to be one of those people, who like us only care to spend so much to have actual fun, laughing our heads off in cinemas, then you are better saving your money and waiting for these ‘Crazy People’ to come meet you at home. On DVD, Iroko Tv, Netflix or DStv.

Outside of those “very affordable” channels, ‘Crazy People’ promises very little value for those who want to laugh childishly and innocently just for the sake of true rib cracking comedy, rather than having to fuss and force out every near-possible laughter available for the sake of lessening the guilt and regret you feel whilst watching your money burn, going up in silver screen flames.

Because you see, the problem with ‘Crazy People’ is its inability to connect genuinely with its audience. Relying mainly on gimmickry and pride of prowess, the producers failed to put any soul into it, ultimately leaving it feeling stark and sterile. And consequently, ‘Crazy People’ turned our sugar popcorn(s) into tasteless fluff. Hopefully, that won’t be your portion. IJN. 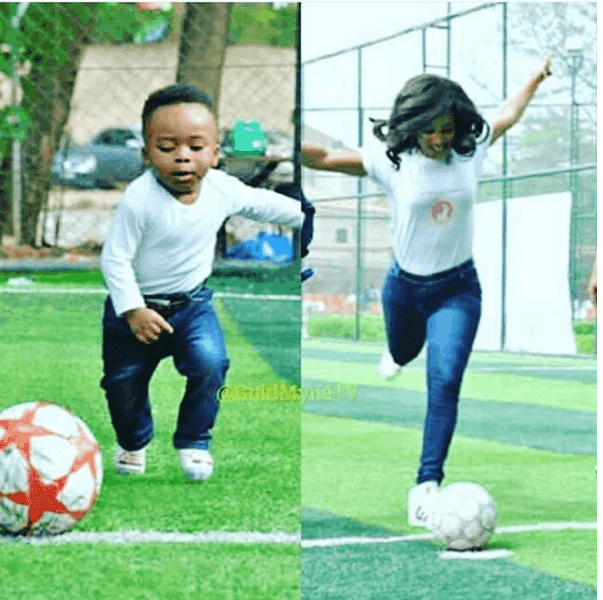 Nollywood actress and Philanthropist, Tonto Dikeh is celebrating the new month of June with new photos

The ever joyous and happy actress who...