Nigerians on all social media platforms are presently jubilating over the burning of TVC and Channels television station in Lagos.
Read more
Home News How Kanu Nwankwo recovered the money stolen from him in Russia (details)
Facebook
Twitter
Pinterest
WhatsApp 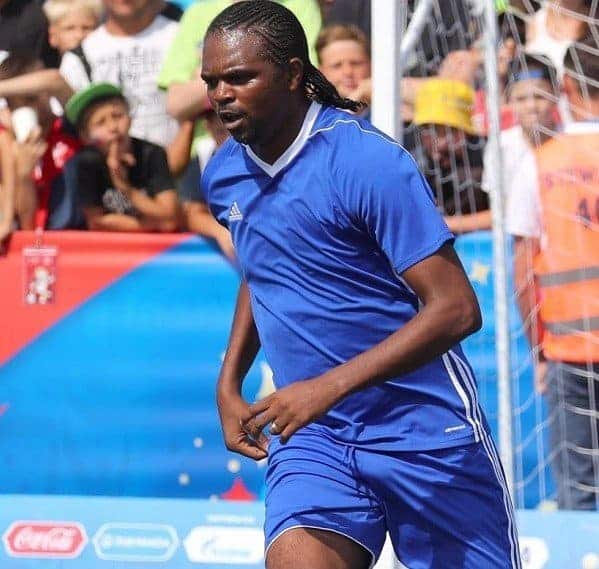 Reports have it that former Super Eagles captain, Kanu Nwankwo, has recovered the £8,250 that was stolen from him during a visit to Russia.

Kanu was recently robbed by two loaders at Moscow’s Sheremetyevo Airport after he landed in Russia from London ahead of the 2018 World Cup tournament.

The 41 year old Arsenal legend had arrived in Kaliningrad for a World Cup curtain raiser game organized by FIFA when he discovered his money was missing and reported to the Russian authorities.

Spokeswoman for the Russian Interior Ministry, Lt-Col Irina Volk, who confirmed the incident said the money was stolen by two loaders and promised it will be returned to the football legend.

A source close to the Nwankwo confirmed on Monday that the money has been returned to the former Nigeria International.

“Yes Papilo is grateful. The Russia police and security agencies were very helpful. They recovered it in hours and returned the money to him,” the source said.