Ghanaian actress, Fella Makafui has reacted to the news that a wine shop opened for her by her boyfriend has been closed. We reported the news yesterday with pictures showing goods from the wine shop getting offloaded. A source revealed that the boyfriend whom she has dated for about five years opened the wine shop for her also the three bedroom apartment she currently lives in.

“She no longer respects the guy. On multiple occasions, she has called for an end to the relationship but anytime the boy tries to move on, her parents will intervene and calm him down.

“This is the fourth apartment the same guy has rented for her. What got him even furious is that recently, he saw a four-wheel drive in the house and when he asked of the owner, Fella gave him a cheeky response and so he decided to end everything and that is why he is shutting the shop, which he rented for her,” the source revealed. 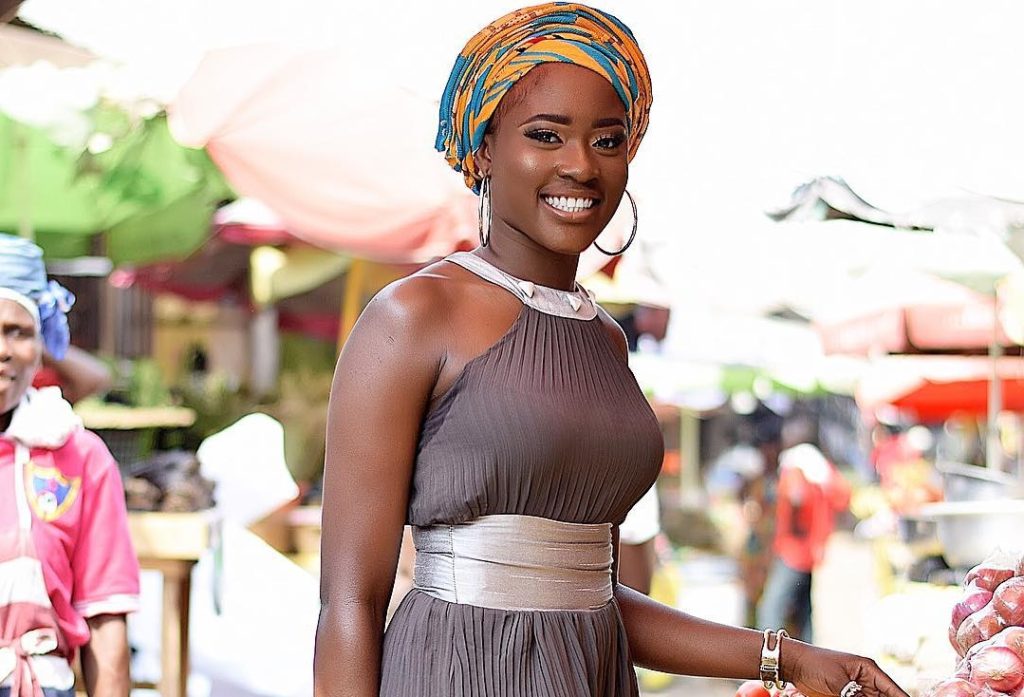 However, Fella Makafui has shown in an Instagram post that she is ready to put all of that behind her and move on. The post also suggests she doesn’t want to see her boyfriend again.

*”Don’t be afraid. Just stand still and watch the LORD rescue you today. The Egyptians you see today will never be seen again. The LORD himself will fight for you. Just stay calm.” (‭Exodus‬ ‭14‬:‭13-14‬ NLT)”*. #daviespalace #aireepads #carnivalstrawberry#beautybyfellamakafui.”

Last photo of rapper XXXTentacion before he was shot dead

Below is a photo showing US rapper, XXXTentacion moments before he was shot dead.

The rapper was found dead in his car in what the police are saying appears to be a robbery which took place on Monday.

Keyla Concepción, Broward County sheriff department public information officer, said the 20-year-old rapper whose real name is Jahseh Onfroy, was leaving a store when a dark colored SUV pulled up and shot at him.

A dispatch audio stated that there were "multiple shots" fired in what was a "possible drive-by", describing the victim as a "level 1" trauma patient with a "gunshot wound" and the suspects as two black males wearing hoodies and one of them a red mask.

XXXTentacion, who is described as one of rap's most controversial artists and who was also facing domestic violence charges, was taken to...

Fashion entrepreneur, Toyin Lawani has defended her father's day celebration post which has drawn reactions from several celebrities. Her post was in reaction to posts from different female celebrities who were bashing their baby daddies and estranged husbands in celebration of father's day. According to Toyin Lawani, such a day shouldn't be turned into a bashing day.

As soon as her post went up, it drew antagonistic reactions from Bobrisky, Mercy Aigbe and Simi. Well, in a new social media post, Toyin Lawani defended her stance as she explained why women need to stop dragging their men on social media.

''Hahahhahha I have not stopped laughing since yesterday night,Number Nigeria is the only place I know that you can’t voice your opinion in peace,without assuming you are shading someone,Get it into your heads,Yes I will say it again&again ,Men cheat &you can’t change it,Doesn’t mean...

It was gathered that the beautiful young lady was charging her phone with the intention that her phone would charge overnight, however as soon as power was restored, the unfortunate incident too place

According to Jeffrey Sidney Wehere, She was Charging her phone and dropped it on her body and Slept off, NEPA took the Light and brought it back while she was Sleeping and it shocked her to death..

A friend of the deceased took to her Facebook page to write;
May her soul rest in peace.
Can Nigerians ever learn?, so many write ups on charging phones
...