Twitter was set on fire last night, as Bashir who is one of the sons of Kaduna state governor Nasir El-Rufai, heavily clapped back at some Nigerians who attacked him on social media over his tweet trolling former president Olusegun Obasanjo and ex-VP Atiku Abubakar.

In a series of tweets the son of the law maker who damned the consequences and was not ready to save face, as he tongue lashed people coming at him for his opinion/troll on the law makers

The heated arguments let to heavy insults including Bashir El-rufai dragging another person’s wife into the drama as one of his post read;
”Bring your wife over, you are known for giving her to politicians for money. I want my share”

Check out the heated conversation below; 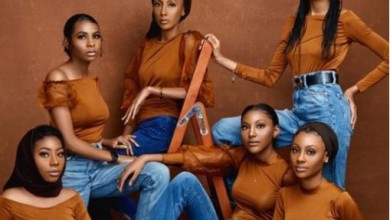