No doubts, the fan base of popular football star, Ahmed Musa has increased drastically. Earlier today, the Super Eagles attacker was spotted at a mosque in Abuja where he had gone to pray, however, he ended up being delayed and mobbed as a result of his fans who trooped in high numbers to greet their favorite celebrity 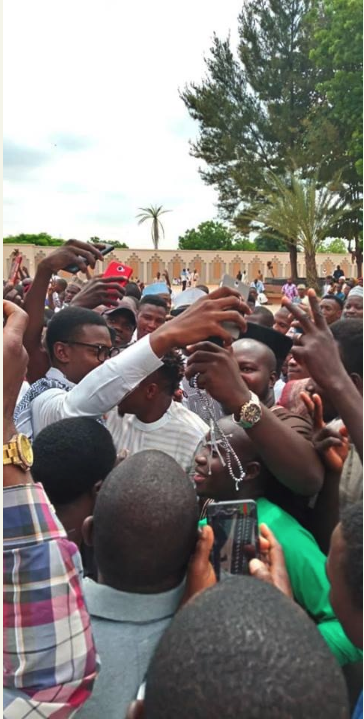 In respect of his victory during Nigeria’s match with Iceland, it would take a while for Nigerians to get over his amazing performance during the match which availed the team a spot to play against Argentina 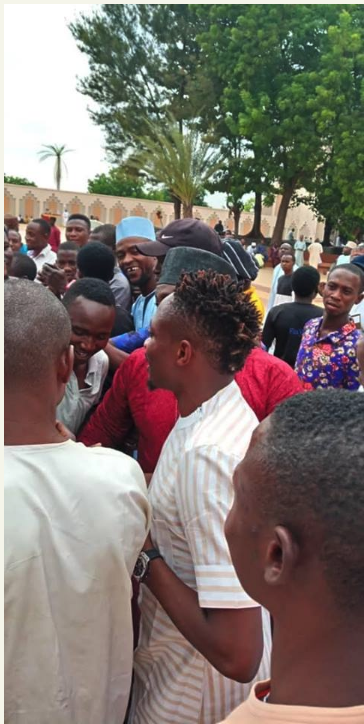 Unfortunately, the efforts of the Musa was otherwise brought to nut as the Super Eagles were beaten 2-1, leading to the team being out of the 2018 FIFA World Cup 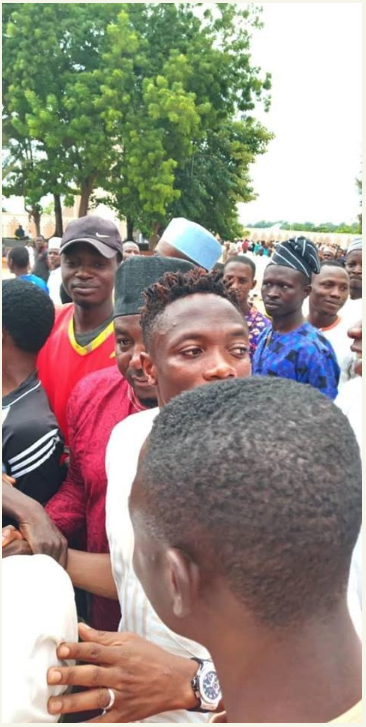 In other news, it has been gathered that Super Eagles players have been leaving their Essentuki Camp Base in Russia in trickles following Tuesday’s exit of Nigeria from the 2018 FIFA World Cup after 1-2 loss to Argentina.

People failed me - Nigerian footballer, John Ogu opens up on past life

Ademola Olajire, the Director of Communications of Nigeria Football Federation (NFF),said that most of the players have left Russia for their respective bases.

Ahmed Musa, joined the elite class of players, winning the Budweiser Man of the Match, at the FIFA World Cup in Russia after his brace against Iceland. The Nigerian No7 became the second African player to score two World Cup braces, after Roger Milla in 1990.

Driver absconds with employer’s N5.4m worth of valuables

A  driver, who was accused of stealing cash and valuable property worth about N5.4 million, was on Friday arraigned before an Ikeja Magistrates’ Court.

Police Prosecutor Benson Emuerhi told the court the accused committed the offences with others who are still at large on June 21 at Maryland, Ikeja.

Emuerhi said the accused worked for three years as a driver for the complainant, Mrs Ngozi Braide.

He alleged that the accused was given the keys to the complainant’s house to grant access to the people who were coming to clean the house.

The accused is standing trial on a two-count charge of conspiracy and stealing.

The accused, however, pleaded not guilty to the charges.

In her ruling, Magistrate Olufunke Sule-Amzat granted the accused bail...

The wedding of Hauwa Indimi, Daughter of the popular Billionaire business man, Mohammed Indimi and Mohammed Yar'Adua, the son of late NNPC Boss, has been taking place all week

New photos of the latest bride and groom have got people talking on the gram.

Check out the breathtaking photos.

Contrary to reports released by Nollywood actor, Yemi Solade, Eyitayo, the three year old missing boy who was involved in the sad accident alongside his mother, twin sister, Eyitoke and their driver, Mr Joseph has been found.

Though a friend of Solade mentioned that he saw the corpse of the boy, According to Nollywood actress, Kate Henshaw, the little boy has now been found. She shared the photo of the boy, as she made a grateful post to thank all those who successfully broadcasted the news of his disappearance which led to him being found