Drake has finally admitted to having  a son. He made the revelation in his new album ” “Scorpion,” which was released late Thursday night.

Recall that Pusha-T  has released a diss track “The Story of Adidon” back in May, accusing Drake of hiding a secret son allegedly named Adonis, who he claimed the Canadian rapper was about to reveal to the world as a part of an Adidas collaboration.

Full list of winners at the 2019 Grammy Awards ceremony

In his brand new album, Drake raps about trying to protect his son from internet rumors, single parenting, and finding out he was going to be a dad despite only meeting up with his child’s mother “two times.” Giving his fans a full of glimpses his personal life.

His song “Emotionless” is the first to acknowledge his secret son.

The rapper also reveals he’s taken a paternity test for the kid too, leaving no doubts in the song “March 14.”

The DG of NYSC, Brig. has opened up on the recent killings of over 200 persons in Plateau state by suspected armed herdsmen, saying that the scheme will not withdraw corps members deployed to Plateau State.

Director General of the National Youth Service Corps (NYSC), Brigadier General Suleiman Kazaure said despite the recent violence in Plateau State, no corps member will be withdrawn from the state.

He made this known through the scheme's Director, Planning, Research and Statistics, Mrs Victoria Okakwu yesterday.

Speaking after the opening ceremony of a training workshop for NYSC Protocol Officers in Abuja, Kazaure said the scheme would provide necessary security modalities for corps members.

The NYSC boss who reacted to the recent killing of over 200 persons in Plateau state by suspected armed herdsmen, however said arrangements have been made to guarantee their safety in line with the NYSC Act (2004).

Just opposite the scene of Thursday’s Lagos tanker fire accident, another car accident occurred on Friday, involving a yellow and black painted commercial bus and a white bus.

According to the Rapid Response Squad, the accident occurred as a result of the recklessness of the Danfo driver who drove against traffic.

“Due to the driver’s speed, he hit the Toyota Hiace bus coming into Lagos on the Otedola Bridge,” police said

The police revealed that the buses have been removed from the scene and injured passengers have been taken to the hospital. 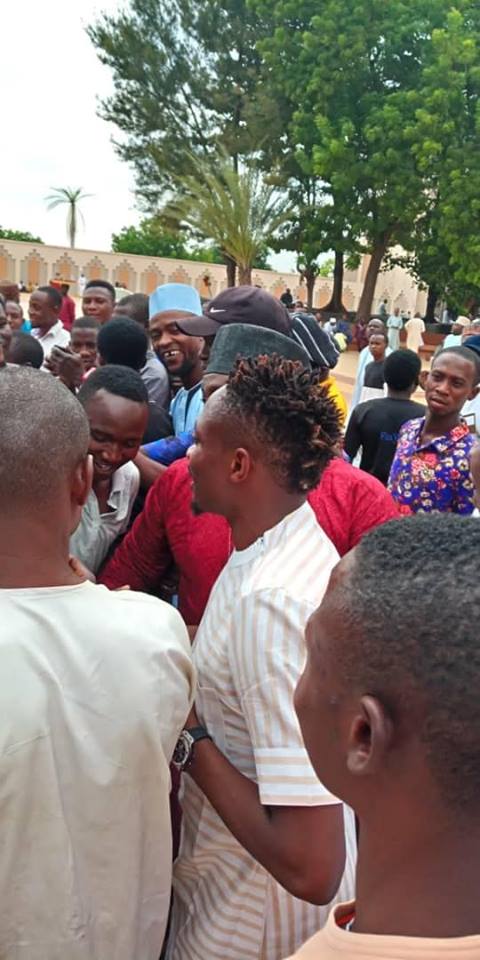