22 passengers who were on their way to Lagos Island in a Volkswagen commercial bus have survived a terrible accident which would have gotten them drowned in the lagoon. The bus which somersaulted on the third mainland bridge was stopped from falling into the lagoon by the bridge’s crash barrier.

”Crash Barrier Saves 22 Passengers from Plunging into Lagos Lagoon The crash barrier on the 3rd Mainland Bridge around 6:30 a.m today prevented a loaded Volkswagen LT bus from landing in the Lagoon when it somersaulted on its way to the Island.”

Officers of the Rapid Response Squad also did their best in attending to the injured passengers using their first aid knowledge.

Nigerian parents protests for FG to bring back SARS | Video

”@rrslagos767 and @lasemasocial who responded swiftly had hectic time attending to the 22 passengers of the bus who sustained varied degrees of injuries. The First Aid knowledge of @rrslagos767 officers was helpful as they joined medical workers in administering aid on victims.”

Chike Ike hints at being in love

Popular Nollywood actress, Chika Ike has hinted that she has fallen in love with someone! The beautiful sophisticated A-list actress who is known for her flamboyant/luxury lifestyle and classy dress sense hinted this via her Instagram page without giving details as to whom the lucky man is

Sharing a pool photo of herself, Actress Chika Ike who has been enjoying a vacation and keeping her followers on social media updated captioned the photo:

"You glow differently when you’re in love . Am I right? ??"
In an earlier post, she also wrote: "My love for you is so deep that the Ocean is jealous ??"


The delectable actress has not been so lucky with men and relationships...

United States, Canada and Mexico have beaten Morocco in the bid to host the 2026 world cup tournament.

The 'United 2026' bid was selected by Fifa member nations ahead of Morocco's bid as it got 134 votes compared to 65 for Morocco. The event will be the biggest 2026 World Cup ever held with 48 teams participating and playing 80 matches over 34 days.

"Football is the only victor. We are all united in football," US Soccer president Carlos Cordeiro said.

"Thank you so, so much for this incredible honour. Thank you for entrusting us with this privilege." 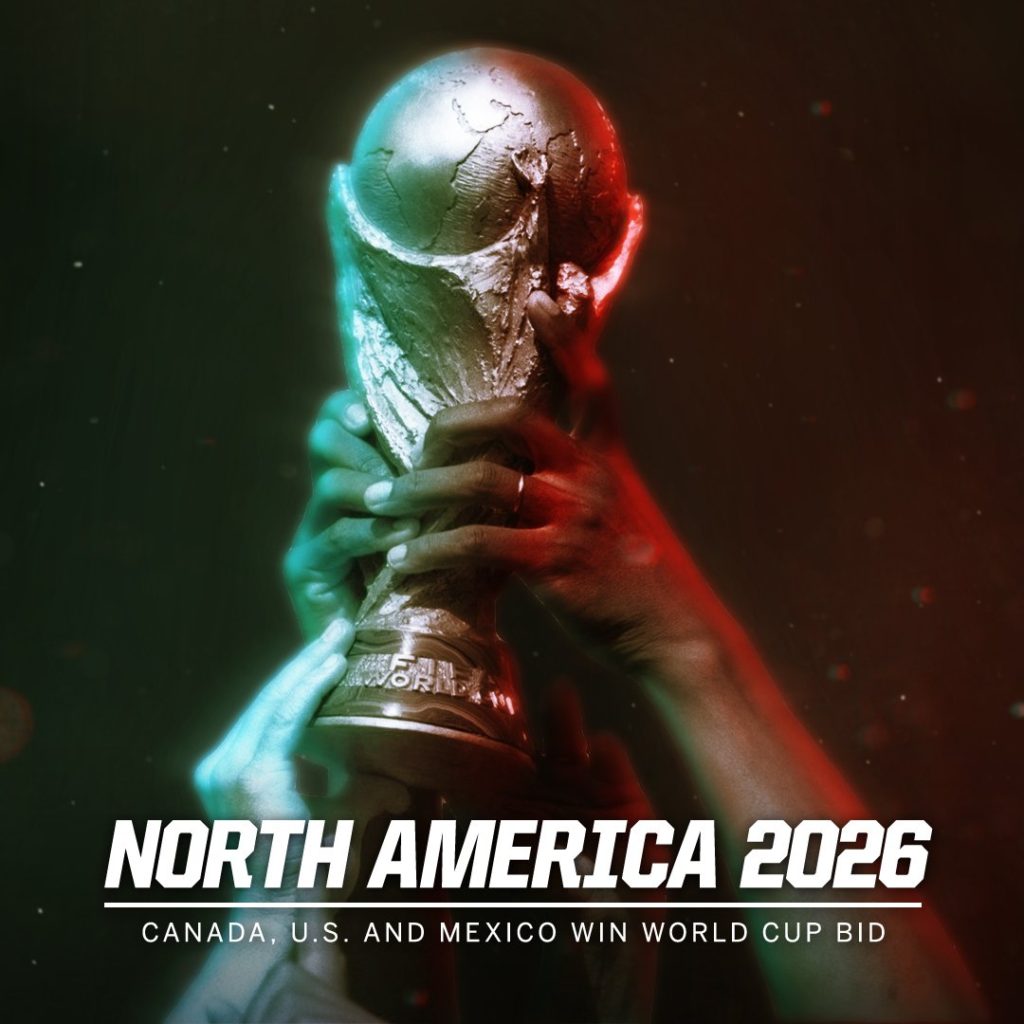 Of the 211 Fifa member nations, 200 cast a vote at the 68th Fifa Congress in Moscow on Wednesday, with the winning bid needing a majority of 104. Realtor Sijibomi Ogundele, popularly known as Sujimoto, took to his instagram page to share a story of his 5 minutes encounter with MKO Abiola when he was just 12 years old.

He went on to say he will give 5million naira to anyone who can dig the photo he took with the late politician during the said meeting.

The announcement on the gram has sent an uproar as most people believe that it is an impossible mission, considering the time frame between the...