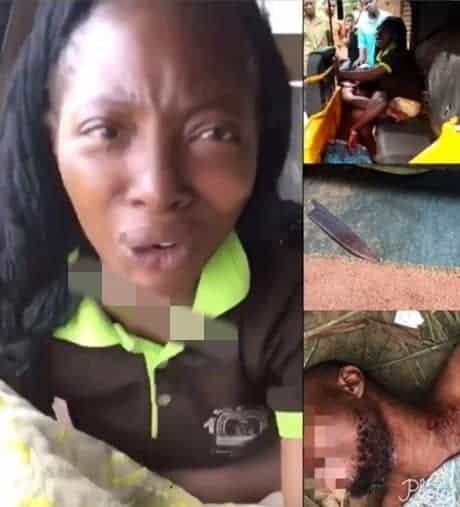 A housewife has reportedly stabbed her husband to death during a fight at their residence in the Ikorodu area of Lagos state on Wednesday morning.

The suspect who is a teacher and a mother-of-two, revealed that she stabbed him in self defense, after being pinned down by the deceased, who was notorious for always beating her.

While speaking to the residents of the area who apprehended her after the incident, she said; “I didn’t kill him intentionally. He was always battering me. Today, he pinned me down and started beating me again.

“I picked the knife to scare him, but I mistakenly stabbed him. I couldn’t have killed my husband intentionally. In the past, I used to run out of the house when being beaten, but today, he locked everywhere to prevent my escape.

“My family have told me to divorce him but I didn’t want to, because he is the husband of my youth and we already have two children together. You can ask around, everyone knows he beats me always.”

The woman has since been arrested by policemen attached to the Igbogbo Police Station.

The palace of the Oba of Lagos attacked, his staff of office stolen