Synopsis: ‘Divorce Not Allowed’ is a comedy that explores issues faced by young couples in marriages and how their resolutions sometimes threaten to shake the foundation of their love.

So torturous that, in terms of the amount of discomfort we felt, ‘Divorce not allowed’ has to be the worst Nollywood movie we have ever seen in cinema.

True story! We actually felt worse than we did seeing ‘Excess Luggage’. And we never thought the pain that one brought could ever be topped.

But alas! ‘Divorce not allowed’ topped it with flying colors. It was excruciating seeing this movie and we are confident it will be for every intelligent mind out there.

‘Divorce not allowed’ is yet another forceful comedy trying shamelessly to wring out laughs with material so stale and retarded, you are bound to leave with a head ache and a dire case of nausea. It is that retarded.

Not recommended for intelligent minds. 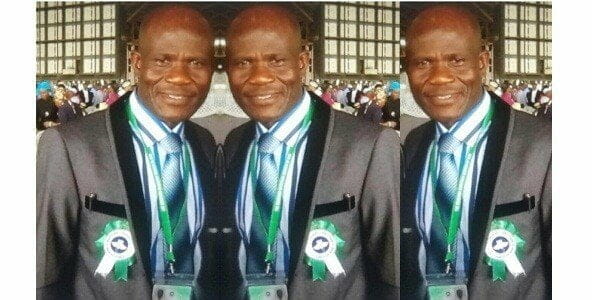 Pastor Jamiu Ishola Kolawole, a top pastor of the Redeemed Christian Church of God, RCCG, has been sentenced to 18 months imprisonment for stealing the sum of N9m from his tenant, Dr. Emeka Ugwunze, in Lagos

The 60-year-old Kolawole was sentenced on Tuesday by Magistrate O.A. Adedayo of the Ogba Magistrates court.

The convict was the resident pastor of the...