A British-Nigerian activist, who identifies as Ephraim, has narrated his near-death experience at the Lekki toll gate shootings on 20-10-2020.
Read more
Headlines

Dr Ngozi Okonjo-Iweala has reacted to the United States seeming desire to back her opponent, Myung-Hee, after rejecting her as the consensus candidate...
Read more
Home News How a final year UNICAL student was killed during robbery operation in...
Facebook
Twitter
Pinterest
WhatsApp 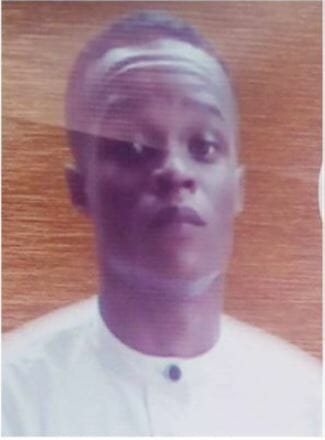 A 21 year old University of Calabar (UNICAL) final year student identified as Joseph Ita Archibong, has been killed by armed robbers during an attack on the family in Calabar.

The incident occurred at 22 Duncan Street in Calabar – South LGA, Cross river state at about 2:am Penultimate Wednesday.

A three man gang broke into Joseph Ita Archibong’s compound with the aim of robbing them. A family source who pleaded anonymity told Vanguard that the three man gang entered the compound at about 2:a.m that fateful day and carried out the havoc which has left us in grief till today.

“He (Joseph), did not know that one person was behind him because he tried to stop them while they were about leaving and they had another person in a waiting car outside but unfortunately one of the armed bandit behind shot him as he was trying to struggle with the masked one not knowing that one more was behind.

“Although he died four days after because he was shot with a locally made gun, we didn’t know that the hospital would not be able to help, if we knew we would have gone traditional to remove those bullets because they were pellet.

“Like I said earlier he died four days after he sustained the gun shot injury at the Public hospital and he would be buried on the 4th at Etak Ukana, Akwa Ikot Effanga in Akpabuyo LGA.

Since the incident happened it has been difficult for the parents to stay here because of the trauma. I just pray that they recover from this because he is in his final year at the University of Calabar,” the source said.

When contacted the Police Public Relations Officer in the state, ASP Irene Ugbo confirmed the incident adding that three people have been arrested in connection to the robbery and murder of the young man.

READ
Obasa: The Phoenix shaping Lagos one law at a time

“Three persons were arrested by EFUT Police division and they are currently in custody and investigation is still ongoing to get to the root of the matter after which they will be charged to court for the law to take its course.

“We have given them grace to bring out all arms and ammunition’s in their possession but this time we are going really hard on criminals because the period of grace is over and we are leaving no stone unturned as all criminals will be flushed out no matter their hide out or modus operandi, she stated.